It’s two hours before class starts, but Haley is already on the road. “I haven’t missed work or class because I always try to leave two hours before I start, just to make sure I get there on time,” she said. In one week, Haley estimates that she wastes up to eight hours in traffic on a commute that is only 17 miles.

The Minnesota government’s solution? Take the bus. Better yet, hop on one of its billion-dollar Light Rail lines.

“It would take well over two and a half hours and three different bus changes,” to get to where she needs to be, Haley explains, noting that this is only “if everything runs accordingly and the buses are on time.”

“There is no direct route that I could easily take that would get me there on a transit bus,” she says, and the Light Rail wouldn’t even be an option.

With a relatively low population and open flatland conducive to building additional lanes, the Twin Cities area is still home to five of the worst traffic bottlenecks in the country, and ranks at 22 among the most congested urban areas—a drop of 13 positions since 1982.

Extensive research on the subject by the Center of the American Experiment (the Center) suggests that the problem is set to get worse, not better, since the Metropolitan Council (Met Council) has little interest in improving traffic congestion. 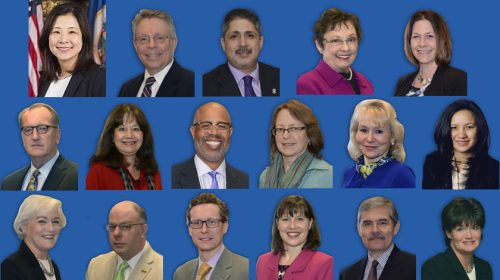 Its 2040 plan for transportation in the state reveals just how out of touch council members are with Minnesota voters, who consistently rank traffic congestion among their top concerns, suggests Randal O’Toole in his groundbreaking “Twin Cities Traffic Congestion: It’s No Accident” report.

The Met Council hopes to invest $6.3 billion on “transitways,” or new Light Rail lines, by 2040, but only $700 million on expanding its highways. While $700 million may seem like a lot, that’s the exact same amount the council plans to invest on new bike lanes and pedestrian paths in a state that is frozen over up to six months out of the year.

Rather than addressing the issue, the Met Council has essentially admitted that it would prefer to focus its efforts elsewhere.

“The Council recognizes that congestion will not be eliminated or significantly reduced in the Metropolitan Area,” its 2030 transportation plan states. Even worse, the Met Council expects traffic on the “region’s freeways and expressways” to “worsen,” blaming the problem on an uptick in population by the millions and a lack of funding.

Change could be coming for the Met Council, since Republican Rep. Jason Lewis (R-MN-02) plans to increase accountability among its board members, though he is facing a tough challenge in Democrat opponent Angie Craig in his bid for reelection.

It’s a deceptive title for a form of transportation that is costing taxpayers millions. O’Toole points out that “light” doesn’t refer to weight, since “light-rail cars actually weigh more than heavy-rail cars.” Instead, “light” refers to capacity, according to the American Public Transit Association, which describes a light rail as “an electric rail way with a ‘light volume’ traffic capacity.”

“Although one three-car light-rail train can hold 450 people (most of them standing), which is far more than a single bus, light-rail tracks can safely move only about 20 such trains per hour, meaning each track has a capacity of only 9,000 people per hour,” O’Toole elaborates.

So it’s no coincidence that the Twin Cities Light Rail accounts for only 1.4 percent of all passenger miles, compared to the 95 percent of commuters who drive.

Nonetheless, the Met Council is currently in the process of lobbying for a $2.2 billion Southwest Light Rail project, which would extend tracks from Minneapolis to the suburb of Eden Prairie at a price tag that is $145 million more than the Met Council’s original estimates.

“It will still provide much needed transportation infrastructure for the next 100 years, and it’s going to make our economy better and more competitive,” Hennepin County Commissioner Peter McLaughlin said in defense of the project, though his colleague and Republican gubernatorial candidate Jeff Johnson has different ideas.

For a variety of reasons, completed Light Rail lines have actually worsened traffic congestion, according to O’Toole. The 2004 construction of the Hiawatha line made traffic conditions worse, since train signals are given priority over traffic signals, adding 20 to 40 minutes to commutes.

Similarly, a 2015 study conducted by the University of Minnesota showed that the Green line connecting downtown St. Paul to downtown Minneapolis “displaced” a “considerable” amount of traffic from University Avenue to I-94, causing speeds to drop “greatly.”

The Center found in its report that the number of hours the Twin Cities commuter wastes in traffic quadrupled over a 30 year period, costing businesses an estimated $4 billion per year in wasted time, and actually increases pollution.

“I can think of fewer things I hate more than these four intersections. Over the past ten years, I have lived in every part of the cities and have been subjected to these,” Twin Cities commuter Justin said. “You get on the other side of the bottleneck and there is no real good reason it was like that.”

Justin, who can’t seem to escape the “nightmare” traffic situations despite frequent moves, said the conditions are terrible “no matter what time of day.”

Is there any solution for commuters like Haley and Justin? Probably not, because it’s not an accident.

“The problem isn’t topography, or inadequate funding, or fate,” the Center concludes. “The problem is that the responsible government agencies are not trying to reduce road congestion. Indeed, it often appears that they welcome congestion, because impossible driving conditions will force Twin Cities residents out of their cars onto trains, buses and bicycles.”

And that’s right where the Met Council “wants them.”