Arlington County is beginning enforcement of a new ordinance mandating social distancing in some of its busiest areas. For now, the law is focused on three sections in the Clarendon neighborhood, a zone with several restaurants and bars. The ordinance requires pedestrians to stay six feet away from each other and to be in groups of three or less. 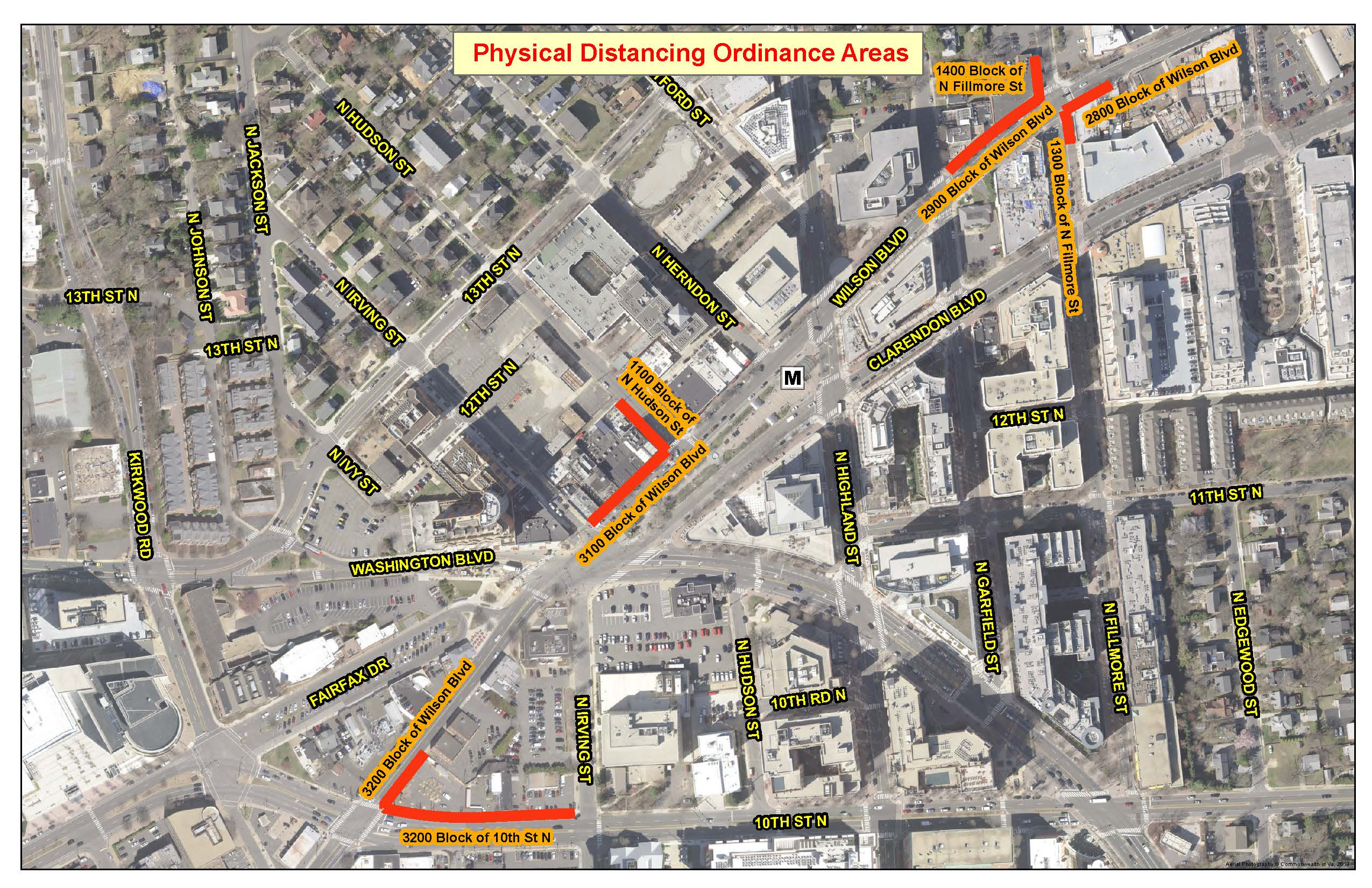 In a press release, County Manager Mark Schwartz said these measures are the result of people standing outside businesses, not the businesses themselves. The specific areas where the law is in effect are marked by signs, and the police have scheduled a warning period this weekend, hoping that people will cooperate without being fined. However, violation of the ordinance can result in a fine up to $100, and is a traffic infringement.

The ordinance provides for the law to be in effect during either a state emergency or a county emergency declared “based on public health risks associated with the spread of contagious illness.” There is no provision for a specific end date; instead the law is a permanent part of the county ordinances.

The specific areas where the ordinance is in effect are selected from observations by the Arlington Restaurant Initiative Staff and data from an online complaint tool. The complaint tool can be used by anyone to identify violations including churches, restaurants, and retailers that are not complying with current COVID-19 guidelines.

“Arlington will continue to review the data over the coming weeks and additional areas of enforcement are anticipated,” the press release warns.

Eric Burk is a reporter at The Virginia Star and the Star News Digital Network.  Email tips to [email protected]
Photo “Social Distancing Measures” by GoToVan. CC BY 2.0.