The topic which garnered the most discussion during the session was not the bill itself, however, rather one of the multiple amendments within Howell’s legislation. 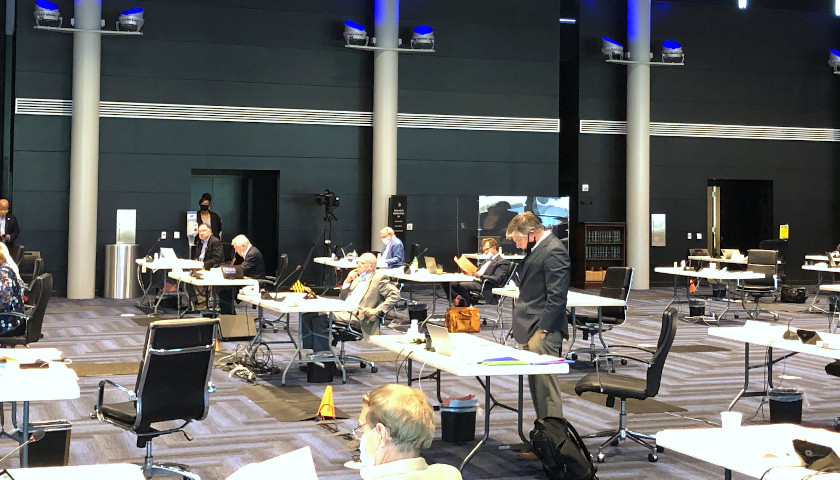 Specifically, the floor amendment from Sen. Stephen Newman (R-Roanoke County), which provides that mailed absentee ballots should be returned by mail to the office of the General Registrar, by the voter in person to the registrar or a drop-off box location, or by commercial delivery service.

The primary debate over the amendment centered on the requirement that if a voter does not want to use the mail they must drop off their absentee ballot in person, instead of allowing a family member or someone else.

Most Senate Republicans backed the amendment while their colleagues across the aisle did not. So many members spoke in favor and opposition and responded to points from other Senators that the core discussion over the three-line floor amendment was lost at times.

“First, I believe that if we do not make the floor amendment today, we are going to have fraud in the election, I think that is pure and simple,” Newman said during his opening statement. “Number two, we will make a leap that we, in this General Assembly, have never made when it comes to the Privileges and Elections Committee when it comes to this floor or the House of Delegates and that is: we will for the first time lose the chain of custody between a voter and the ballot box.” 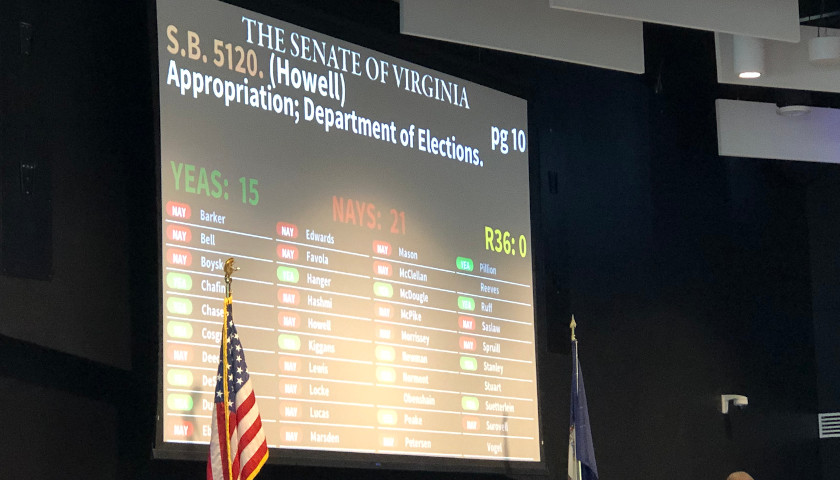 Newman continued by expressing doubts on whether the drop-off boxes will work, if the boxes were safe from someone attempting to destroy ballots and if the costs of the boxes are worth the effort.

While Senate Republicans largely focused on the potential for voter fraud and ballot harvesting by third party groups, Democrats brought up the fact that 30 other states already use drop-off boxes, raised concerns about older or disabled people that require assistance to go outside and that the amendment limits absentee voting.

“I am not willing to put a provision in place that puts yet another barrier in the place of already vulnerable people to exercise the right to vote,” said Sen. Jennifer McClellan (D-Henrico County).

The amendment was not adopted by an initial voice vote, but eight Senators immediately raised their hands, majority being Republican, which triggers a standard recorded vote.

The amendment was not adopted by a vote of 15-Y 21-N, right down party lines of the Senators that were present.

After a different amendment on the bill was also not adopted along party lines, the actual bill was engrossed by the Senate and advanced to its third reading by a voice vote.

The bill calls for the appropriation of two million to the Department of Elections to provide financial assistance for localities for prepaid postage for the return of absentee ballots, as well as provisions about drop-off boxes and other voting processes for the upcoming November 3rd election.

If the General Assembly wants to pass new legislation pertaining to voting or ballot delivery, the timing is pretty clear as the first absentee ballots will be mailed out to Virginia voters who already applied on September 18.

Jacob Taylor is a reporter at The Virginia Star and the Star News Network. Follow Jacob on Twitter. Email tips to [email protected]