As Portsmouth is divided among its city leadership, Senator Louise Lucas, and the police chief who announced felony charges against Lucas, the Portsmouth Tea Party is supporting Police Chief Angela Greene with a series of meetings and protests. In their latest rally Sunday, over 100 people met in front of the Portsmouth City Hall, using constitution-based arguments to call for Greene to be reinstated and for Lucas to be removed. 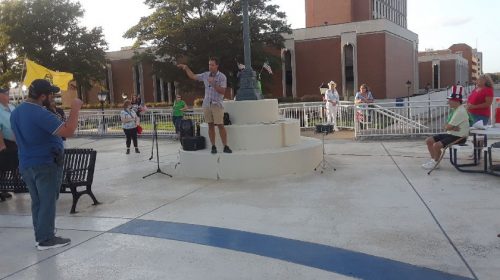 Nelson Velez, Chairman of the Portsmouth Tea Party, told The Virginia Star that they were commemorating Constitution Day, which is September 17. Velez said the concept of “We the People” is central to the Constitution. “The idea being that the laws would be applied equally, that it wouldn’t matter if a person was an earl or baron or whatever. Whatever class [a person was,] the laws would be applied equally and that justice was blind, so it wouldn’t matter because justice couldn’t see you. What mattered was the criminal act itself and whether you were guilty or not,” Velez said. 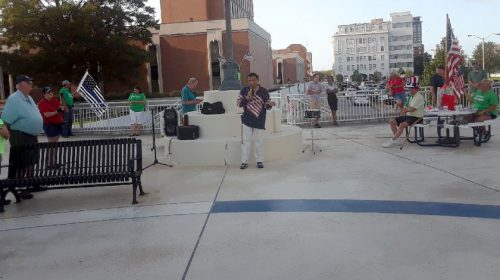 “[Lucas] commits felonies, she is able to have the power and connections to incite a riot,” Velez alleged. “And she also has the power somehow to leverage, to stop the police from being able to do their sworn duty to defend and protect. [She] still is in power, she’s not apologized for crimes committed.”

Velez added, “Meanwhile, [Greene] does exactly what she swore an oath to do, to defend and protect and apply the laws to everyone equally, including state senators, and now she’s no longer the police chief. So the black woman who actually does her job and does it as she swore to do is relieved of duty, but the other black powerful woman, who had actually violated our trust and commits felonies and releases a riot onto the very city [where] her constituents reside, she’s celebrated.” 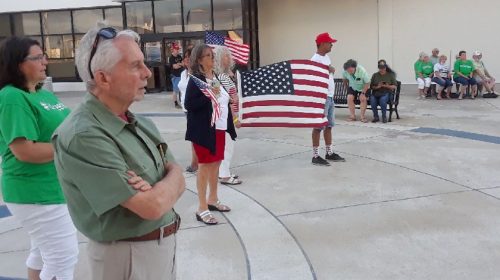 Velez said the Portsmouth Tea Party has a plan to stop Lucas. The first step is a petition. If enough people sign the petition, Velez said Lucas will be recalled, resulting in a new election. According to Tim Anderson, another Portsmouth Tea Party leader, the petition only needs 500 more signatures. Velez said they are being careful to verify all signatures and record the last four digits of signatories’ social security numbers. They’re also trying to have a cushion of 1,000 extra signatures, for a total of around 6,000 signatures from Lucas’ constituents. “So if they try any dirty tricks, it’s going to be really hard to justify throwing out signatures when we have all this identifying information on there,” Velez said.

“That’s one massive punch that we’re throwing. The second massive punch is the felony charges that are going through the courts. The evidence is clear she is guilty, without a reasonable doubt, beyond a reasonable doubt. So if she’s convicted of those felonies, she gets thrown out,” Velez claimed. “We got two punches going right to the midsection. Both of them are knockout punches.”