Even though his parents weren’t musical, Bradley’s grandparents were and he started singing at age five. One of his first memories was singing along to Garth Brooks in the back of his Mom’s Toyota. 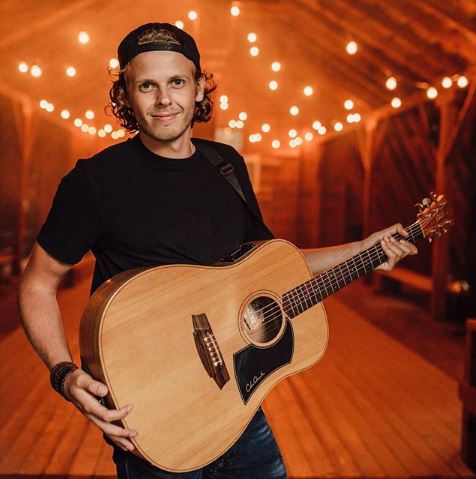 By age ten he learned the guitar and started writing songs. He fell in love with country music, specifically Garth Brooks and Kenny Chesney. When he was 14, he recorded his first EP in his hometown of Calgary, Alberta, Canada. He was able to record the songs he had written.

As an older teen, he started taking country music seriously, even taking trips to Nashville and L.A. to write and record songs. He put out his first record right before he moved to Nashville in 2016 to attend Belmont University.

Oddly, Bradley was not a music major at Belmont. But he was able to take a songwriting class from James Elliot and the renowned Pat Alger while attending Belmont.

Since moving to Nashville, Bradley has written over 300 songs. His goal is to get a publishing deal, but it needs to be the right one. However, signing any deals during a pandemic is a rare thing.

“In the last six months, during COVID, I’ve become a better songwriter,” he explained. “Learning from a guy like Pat Alger, he helped me hone my craft lyrically. Even though COVID has been tough on a lot of people, I look at it as an opportunity to be more creative.”

Nashville is famous for it’s co-writing sessions, but since the pandemic, Bradley has found himself writing alone more often than not.

“It has its pros and cons,” he stated. “I like writing by myself, but it also means you have to be a harsher critic. At the same time, with co-writing, you can say a phrase or a melody and they can twist it and turn it in a way that you would never think of. It’s good to do both.”

The song “Love Made Me” was released earlier this year. The song will be featured on his upcoming EP, due next year. The end-of-summer track is upbeat with a universal message; a song that is relatable to anyone who has fallen in love with someone.

“As an artist, it is important for me that people connect and relate to my songs,” says Bradley.

He recently released the 2nd single off the upcoming EP, “Jean Jacket”, and hopes to shoot a video if possible. In the course of the breakup song, the only thing he wants is his favorite jean jacket back.

Even though Bradley has had the privilege of working with world-class producers and writers in Canada, Nashville, and Los Angeles and has opened for various country music entertainers including Thomas Rhett, High Valley, LANCO, and Brett Kissel, touring for the rest of 2020 is not an option. And, like everyone else in the entertainment industry, he has high hopes for 2021.