“The 2021 GND Act tackles the dual crisis of climate change and inequity with an intersectional approach,” Rasoul said in an announcement on Twitter. “The science is clear. We must act swiftly to address the climate crisis.”

The bill is similar to HB 77, which Rasoul filed in 2020. That “Green New Deal” died in the appropriations committee.

“The transition from fossil fuels to renewables must be a viable option for all,” Rasoul said in his Twitter announcement. Rasoul, who is running for the Democratic nomination for Lieutenant Governor, did not return a request for comment.

“Just like the [Virginia Clean Economy Act] in 2020 (Virginia’s other Green New Deal) this legislation is going to raise rates on everyday Virginians and cost us more in taxes,” Republican candidate for Lieutenant Governor Lance Allen said in a text message. “They want to call it a ‘deal’, but it’s really a hustle. One that is bad for Virginia.”

Allen criticized the plan to create a Transitioning Workers Program.

“So, you want to take away good jobs from hard-working Virginians when over 600,000 are already out of work, give their job to someone out of state, and then offer them training….yes, I’d say that’s a bad solution, ” Allen said.

“Radical legislation like the Green New Deal will cost Virginia taxpayers millions in new taxes and drive up energy costs on families that are already struggling,” Hugo told The Virginia Star. “These out of touch policies are the reason Virginia Republicans must win in November. I’m running for Lieutenant Governor to fight back against these tax hikes and higher energy costs.”

Eric Burk is a reporter at The Virginia Star and the Star News Digital Network.  Email tips to [email protected]
Photo “Virginia House of Delegates” and Del Sam Rasoul” by Del Sam Rasoul. 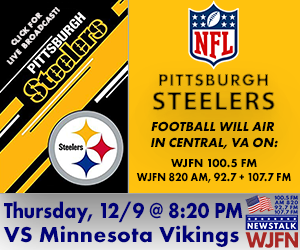