RICHMOND, Virginia- Simple possession of up to one ounce of marijuana will be legal in Virginia, effective July 1. On Wednesday, the Virginia General Assembly approved Governor Ralph Northam’s proposal to expedite legalization from 2024 to later this year. But legislators warned that doesn’t mean there will be a marijuana free-for-all.

Senator Scott Surovell (D-Fairfax) admonished reporters to be careful how they reported the story.  “This is not going to generate some ganja fest at a Jiffy Lube pavilion out in the parking lot,” he said.

Surovell said the legislation treats marijuana the same as alcohol — no public consumption, no possession on school property, and people must be 21 or older to have it. As of July 1, people are allowed to have up to four plants in their house, not visible from the street, and away from access by underage people. The bill creates a system of licenses for marijuana production and sales, but that section doesn’t take effect immediately. As a result, there will still be no legal sale of marijuana and the only way to legally obtain it is to grow it or receive it as a gift. 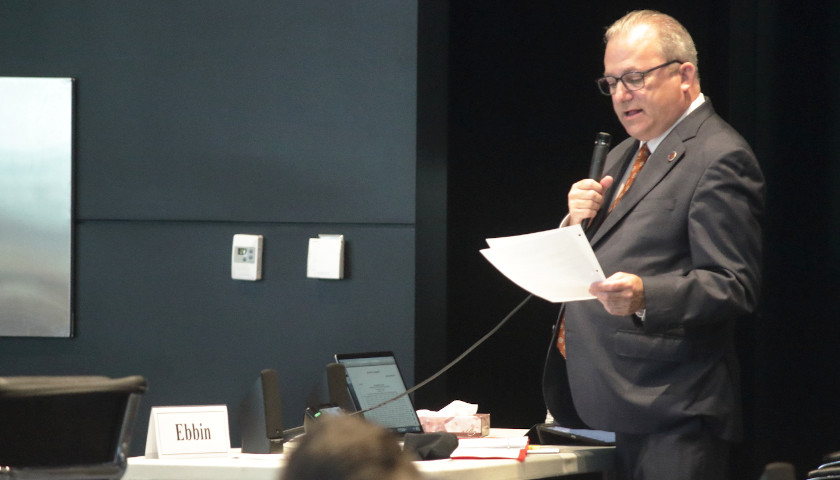 In February, legislators surprised marijuana policy watchers by delaying the effective date of legalization until 2024, leading the American Civil Liberties Union of Virginia to blast the bills as worse than nothing. Legalization advocates lobbied Northam to amend the legislation to go into effect in July, when most other recently-passed bills take effect.

Ahead of the vote, it was unclear if the Democratic caucus had enough votes to pass the amendments. Senator Chap Petersen (D-Fairfax) is known to oppose marijuana legalization. Senator Joe Morrissey (D-Richmond), who helped draft the legislation, was frustrated over a failed deal to link repeal of mandatory minimum sentences with marijuana legalization. With newly-elected Senator Travis Hackworth (R-Richlands) filling out Republican ranks, the vote was expected to be close, since Democrats control the Senate 21 to 19.

As the Republican and Democratic caucuses whipped votes on Wednesday afternoon, the Senate repeatedly postponed the vote, at one point taking about thirty minutes for the caucuses to go into private meetings. Before the vote, Lieutenant Governor Justin Fairfax demurred when asked how he would vote if there was a tie. Morrissey confirmed to reporters that he would vote in favor of the amendment, since he had extracted a promise from his caucus that they would support a mandatory minimums repeal in the future, possibly in a 2021 special session, but more likely in the 2022 regular session.

“I thought this was the best opportunity to couple [marijuana legalization and mandatory minimums repeal,]” Morrissey said. “I’m going to support the amendments, and I have a commitment from both the governor’s office and my own caucus that they are 100-percent, absolutely behind me in moving forward to the elimination of mandatory minimums.”

Ultimately, all the senators voted with their caucuses, except Petersen, resulting in a 20-to-20 tie. Fairfax cast a tie-breaking vote in favor of July legalization, a boon for Fairfax and his campaign for the Democratic nomination for governor. The legislation passed with a broader margin in the House of Delegates, 53 to 44 with two abstentions.

During floor debate, Senator Bill DeSteph (R-Virginia Beach) said there were 50,676 changes to the bill made by Northam’s amendments, a claim that Surovell questioned. DeSteph said that the 2024 legalization timeline was meant to allow legislators more time to prepare for legalization. Senate Minority Leader Thomas Norment (R-James City) said that legalization was being rushed to boost Northam’s legacy before he leaves office in 2022.

“We have a governor who wants to contribute to the resurrection of his legacy,” Norment said.

Republican legislators focused on an amendment added by Northam that allows new regulating agency the Cannabis Control Authority to revoke a company’s business license if they interfere with unionizing efforts, don’t pay the Department of Labor prevailing wage, or if more than 10 percent of the business’ employees are classified as independent contractors.

That clause needs to be confirmed by a General Assembly vote next year, but Republican senators characterized it as an erosion of right-to-work in Virginia.

Senator Richard Stuart (R-King George) and Senator Jill Vogel (R-Fauqier) were both quoted as supporters of the amendments in Northam’s press release. But they both voted against the amendments on Wednesday. Stuart said he wanted to vote for the amendments, since they cured defects he was concerned about in the original legislation, but said he couldn’t support violations of right-to work.

After the vote, Vogel told The Virginia Star that the bill was not the piece of small-government libertarian legislation it could have been.

“This could have been a five-sentence bill, but what we ended up with in the end was such an onerous, massive piece of legislation,” she said. “I hated to vote against the bill.”

She explained why she changed her position on Northam’s amendments.

“The governor’s office reached out, but I hadn’t seen the wording of every detail yet,” Vogel said. “So, in concept what the conversation with the administration was, ‘Here’s what’s going to happen to line one.’ [I said,] ‘That is a hundred percent consistent with where I am.’ But there was more baked in.”

“The big issue […] was the issue of organized labor and all of that component suddenly imposed on agriculture in a way that isn’t really fully fleshed out, and that is a huge issue if you want something to actually be able to grow in Virginia,” Vogel concluded.

Sponsor Senator Adam Ebbin (D-Alexandria) told The Star, “Virginia’s right-to-work law says that no one can force you to join a labor union or that you can be forced to pay union dues. That’s not what the governor’s amendment did.”

He said, “Really, what we want to do is make sure if there’s 11,000 new jobs in Virginia, and we want to try and make sure that not just the people who have ownership in the industry do okay, but that there are decent jobs.”

“It’s a good day for Virginia that we can remove these penalties on something that we’ve made a policy decision will become legal,” Ebbin said. “And I think that people were kind of making marijuana into a boogeyman and were trying to over-complicate this bill which is complicated enough.”

Eric Burk is a reporter at The Virginia Star and the Star News Digital Network.  Email tips to [email protected].
Photos by Eric Burk.

One Thought to “Effective in July, Virginia Legalizes Small Amounts of Marijuana”