House of Delegates Minority Leader Todd Gilbert (R-Shenandoah) (pictured above) said in a Monday press release, “The recording of the meeting between the Office of State Inspector General and Governor [Ralph] Northam’s team explains why the Governor’s budget amendment only called for an investigation of OSIG, and not the Parole Board. The Governor’s office doesn’t think the Parole Board did anything wrong.”

“If Governor Northam takes seriously his responsibility to see that the laws are faithfully executed, he will call the General Assembly back for a Special Session and ask for a legislative review of this entire fiasco,” Gilbert wrote.

In the call, Northam officials suggest that an Office of the State Inspector General (OSIG) investigation into the Vincent Martin parole decision was politically motivated and was triggered by complaints from a police association, according to reporting by The Richmond Times-Dispatch and The Virginia Mercury. Officials wondered if there would be consequences for Senate Minority Leader Thomas Norment (R-James City) and Senator Mark Obenshain (R-Rockingham) who allegedly leaked the final report to the media. But Westfall said he stood by the work of the investigators.

Northam’s Chief of Staff Clark Mercer, who was one of the officials on the 2020 call, has publicly criticized the OSIG report for focusing more on the decision to release Vincent Martin than on the violation of victim notification procedures. 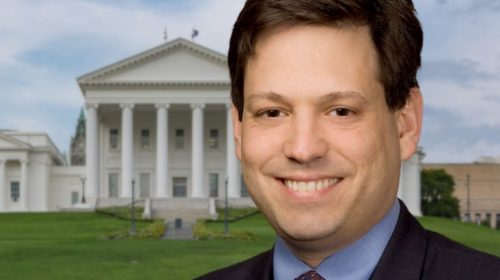 “While the recording suggests the Administration may not have previously edited the Inspector General’s six-page report on the Martin case, it is abundantly clear they had zero interest in addressing or rectifying the Parole Board’s malfeasance,” the caucus leaders, including Norment and Obenshain, said in the release.

The release adds, “After being fully informed that the Board violated Virginia law and disregarded the rights of victims and their families, the Administration’s concerns were limited to public disclosure of the information and the well-being of convicted cop-killer Vincent Martin.  They never expressed interest in the merits of the Inspector General’s report, only in how the facts revealed by that report would make them look.”

During the General Assembly’s veto session earlier in April, Senator Stephen Newman (R-Bedford) called for a bipartisan legislative committee to be established with special investigative powers. Newman joined other Senate Republicans in the Monday statement.

On Monday, Surovell said, “Parole and mandatory minimums are the Republicans’ Alamo against criminal justice reform. They just got the investigation they requested and now they are pushing the goalposts outside of the stadium.”

The Senate Republicans’ press release states, “The misplaced priorities and distorted values expressed by members of the Northam Administration on this recording are shocking.  That they would bully the State Inspector General into abandoning the mission of his office is disgraceful.”

The legislators add, “We call on Senate Rules Committee Chair Locke and Speaker Filler-Corn to immediately impanel a bi-partisan joint legislative committee to investigate this matter fully and report back to the General Assembly no later than September 1.”