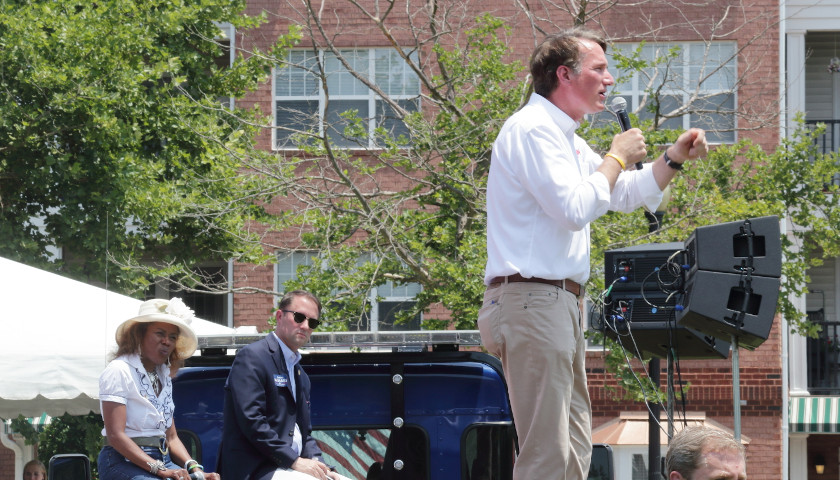 “Virginians for the last eight years have been crushed. And I’ll say right here, right now, eight is enough,” Youngkin said. “Glenn Youngkin and Terry McAuliffe have a very different vision for the future of Virginia. Terry’s still peddling tired old policies of the past he’s been carrying around in his briefcase for the last four years looking for a job.”

Youngkin called for reforming Virginia’s election law. “Rest assured, when you elect us and we go work for you, we’re going to press forward with elections reforms including requiring every Virginian to show up with a photo I.D.”

“Right now our murder rate in Virginia is the highest it’s been since the turn of the century,” Miyares said. “I don’t like this criminal-first, victim-last mindset.”

Miyares criticized McAuliffe, Governor Ralph Northam, and Attorney Mark Herring for their oversight of the Virginia Parole Board.

He said, “If you’re tired of these stories of this catch-and-release program, of this far left-wing monopoly in Richmond, if you’re tired of seeing the fact that our crime rates are the highest since the turn of the millennium, we need new leadership in Richmond.” 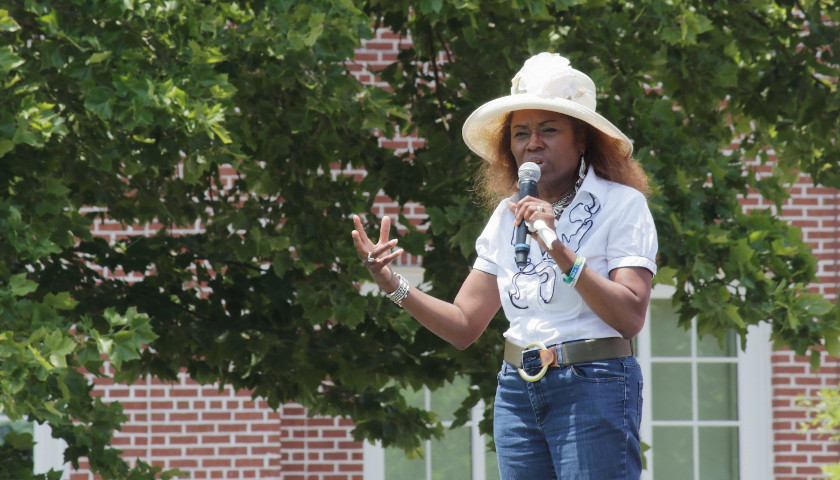 She said, “We’re not defunding the police and if you want to light that candle and keep our police, keep our community safe, vote for this ticket. ”

The candidates were joined by local legislators including Delegate Carrie Coyner (R-Chesterfield) and Delegate John McGuire (R-Henrico). Two of Youngkin’s former opponents, also from the area, were also present: Senator Amanda Chase (R-Chesterfield) and Delegate Kirk Cox (R-Colonial Heights.) Chase led the crowd in a prayer, as part of the rally’s emphasis on faith, family, and freedom.

“Always interesting to have the guy that ran against them introduce them,” Cox said in his speech. “[Youngkin] deserved to win because he’s got the energy, the passion to take back the state.”

Retired Army Chaplain Alan Pomaville attended the rally. He mentioned the candidates’ messages about freedom of speech and school choice, and explained what stood out to him about Youngkin: “What a lot of patriotic Americans  is just wholesome conservative values.” 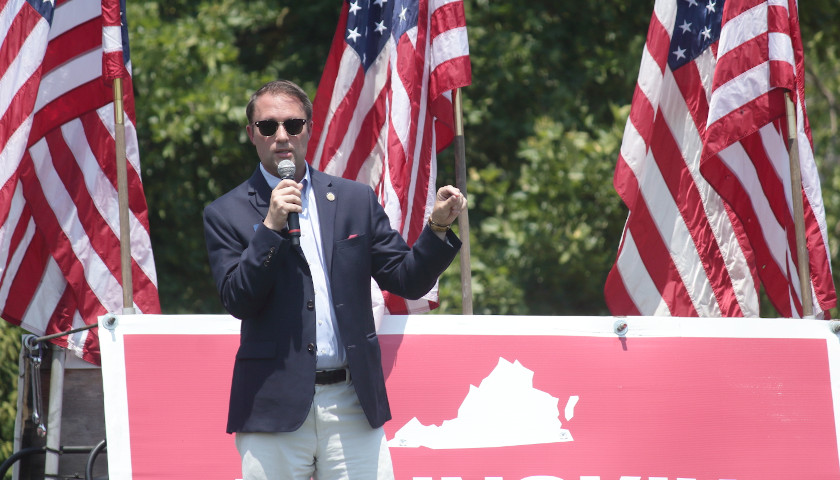 Also in attendance was Dave Vought, who is running as an independent against 12-year House District 70 incumbent Delores McQuinn (D-Richmond.)

“I heard Winsome Sears a while back and truly fell in love with her,” Vought told The Star.

Former Trump administration official and activist Christine Bauserman told The Star, “I had met [Youngkin] originally in a primary debate and what struck me about him was he’s authentic.”

She said Youngkin showed good organization during the Republican nomination cycle, a good sign for his campaign in the general election.

She said, “I believe, because of his organization, if he does a ground game, if everybody shows up and they act like sergeants and get them to show up, and watch those polls. And if he sticks to his guns on core issues like [CRT] he has that confidence that the people will come out and stand right for him no matter what their party is.”

She said, “He’s not playing politics.”

Eric Burk is a reporter at The Virginia Star and the Star News Network.  Email tips to [email protected].
Photos by Eric Burk.

Judge Clarifies Order: Envigo Can Only Fill Existing Orders for 575 Dogs, Not 2,200