McAuliffe said he would work for Virginians in a bipartisan way. 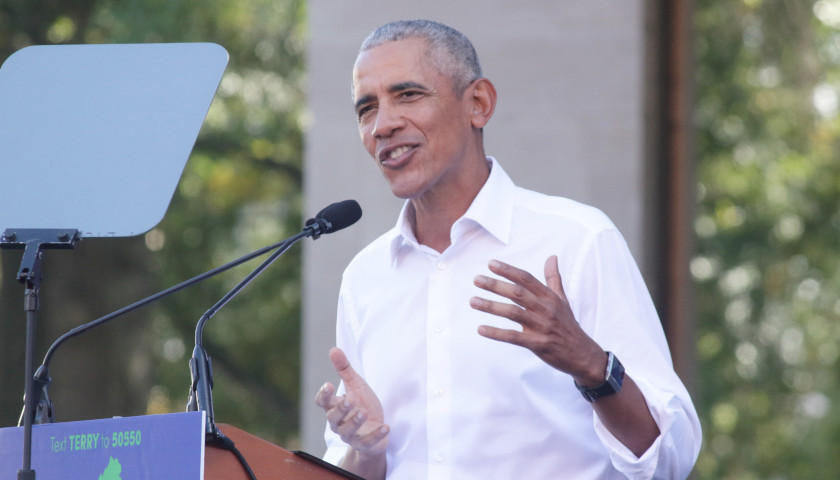 The crowd responded with enthusiastic boos when the speakers referenced GOP policy.

Walking into the event, the crowd was pressed to volunteer for Democratic get-out-the-vote activities, a theme that was carried by the speakers.

“We are on track to have the largest turnout in a non-presidential year here in the Commonwealth of Virginia. You all know what’s at stake. I need your help,” McAuliffe said. “You need to join this campaign. I need you to help me get this vote out. It is so important.” 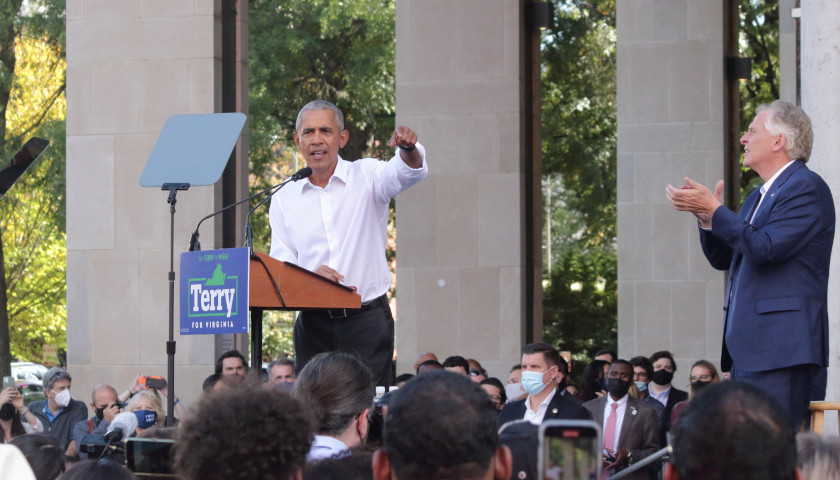 Liberation Party gubernatorial candidate Princess Blanding and her supporters were present outside the event, speaking with attendees

But Obama’s presence was a major event, especially for some of the VCU students.

“I’ve never seen the president before, I was like, ‘Oh my God,'” VCU undergrad Jamie O. Nervil said. “That was definitely the main reason I came. I mean, I support Terry McAuliffe, too, but I definitely came here for Obama.”

She said Democrats’ messages on issues ranging from abortion to the environment resonate with her and others in Richmond.

“My experience living here in Richmond, I’ve been here about four or five years now, is that this is a very lively city. It is very open minded, liberal, really friendly, progressive city,” she said. “It’s a liberal, leftist haven.” 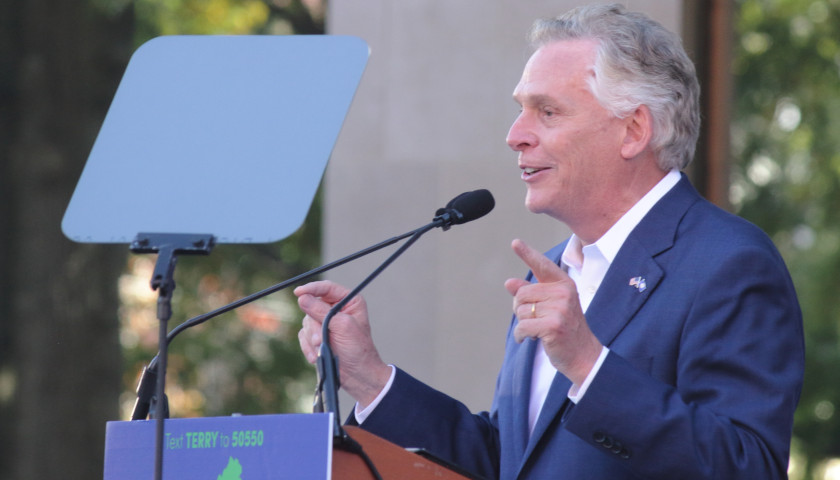 Republicans have called the visits of Obama and other Democratic luminaries as signs of Democratic desperation. Polling shows an increasingly close race, and although campaigns traditionally hype the risk of a loss to boost voter and donor engagement, some see an extra note of panic in the Democratic messaging.

But McAuliffe is a long-time Democratic leader, and the presence of Obama may speak as much to the position of both as key voices of the modern Democratic party.

“It can be viewed in both ways,” Richmond resident Charity said. “I’ve followed Virginia politics a lot, I think that he probably was destined to come, given the fact that I think he and Terry already have a relationship politically.”

Kate Ballen came from Charlottesville to attend the rally. She helped canvass for Democratic candidates in Georgia before the special election, and she commented on the Democrats’ get-out-the-volunteers push.

– – –
Eric Burk is a reporter at The Virginia Star and The Star News Network. Email tips to [email protected].
Photos by Eric Burk.

King George Board of Supervisors Votes to Relocate Confederate Monument