HENRICO, Virginia – Governor-elect Glenn Youngkin met with the Asian Chamber of Commerce for a round table with Senator Siobhan Dunnavant (R-Henrico) and Delegate Rodney Willett (D-Henrico). Youngkin told those in attendance that he planned to bring 400,000 new jobs and 10,000 new startups to Virginia.

“So, in order to do that, we in fact recognize that we have to put a lot of the ingredients together, just like we’re cooking a meal,” Youngkin said. “And one of those ingredients is, in fact, the recognition that there are some inhibitions in starting small businesses. So one of the things I want to hear from you are the challenges that you all feel and hear when you start your businesses.” 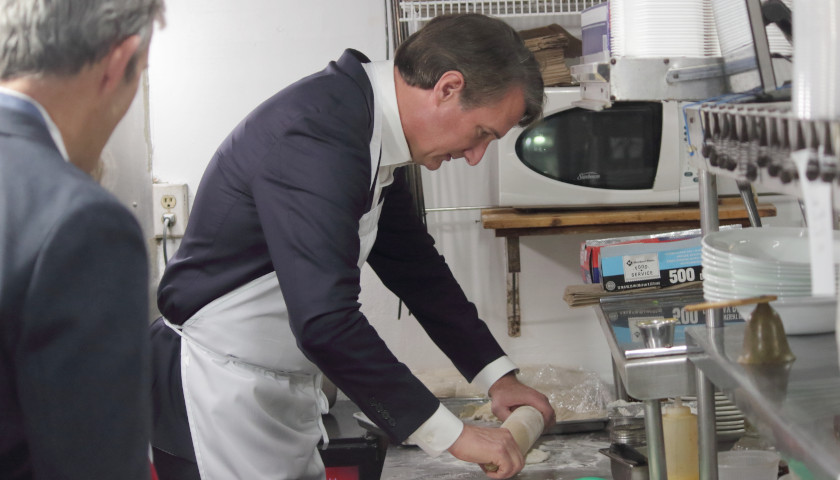 Tony Sappal hosted the event at his business the India K’ Raja Restaurant. Before the event, Youngkin and the legislators stopped in the kitchen and made naan and chicken tikka masala, which Youngkin didn’t get a chance to eat.

During the round table, organization members described challenges to their businesses ranging from inadequate dental participation in Medicaid to challenges for Virginia businesses trying to get government contracts. Sappal asked what kinds of reforms to help businesses attract labor Youngkin was considering, and suggested financial refunds from the government for businesses who hire workers at higher wages. 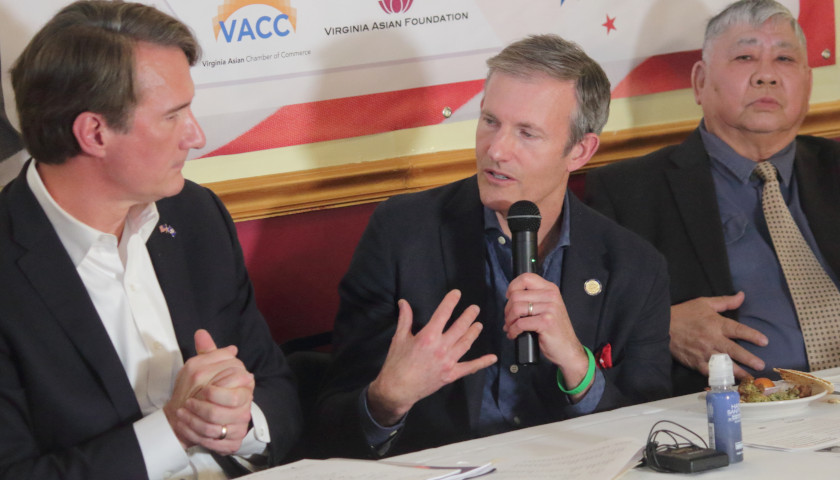 “The service staff makes two or three dollars an hour plus tips,” Sappal said. “There’s been a lot of discussion in our industry to make that on par with the regular minimum wages and get away from the uncontrolled tip kind of income where people don’t even know if they’ll make it or not. A lot of servers who work in this industry are kind of living on unknown income.”

Afterwards, Youngkin told reporters, “Right now, the minimum wage is not an issue. There are very, very few businesses that are in fact paying minimum wage today. Minimum wage today is a misnomer because people believe it’s actually the maximum wage. It’s a starting point. And right now I have not met a single business leader who is looking to hire people that says I am offering minimum wage and no one is taking it. What I am finding over, and over again is we are already offering $15, $20 an hour plus signing bonuses, in order to get people to come work.  And so this is not an issue of minimum wage. This is an issue of getting people back to work and trained to take the jobs that we see.” 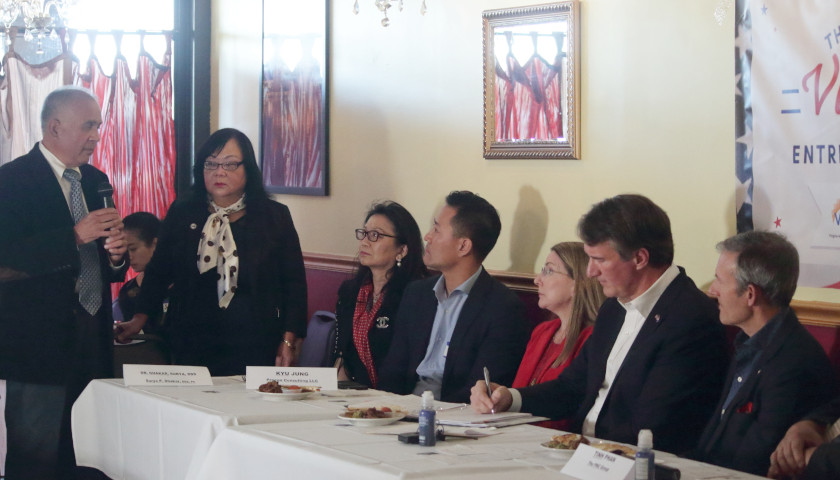 Youngkin said, “He doesn’t go far enough. He doesn’t cut taxes nearly far enough in order for Virginia to compete. So we’ve got real work to do, but I’m encouraged by the fact that many of the issues that people might have thought were partisan are now bipartisan: getting rid of the grocery tax and investing in teachers and law enforcement.”

In his comments at the round table and to reporters afterwards, Youngkin emphasized bipartisanship, highlighting Willett’s participation.

After the round table, Willett told The Virginia Star, “He is a businessman, and I am a businessman, and he wants to get things done. And the way you’re going to get things done, especially with the makeup of the legislature right now and his leadership, is by bipartisan work. And so when someone talks about doing things to make it easier for small businesses to start — I’ve helped to grow and start four small businesses — I am all ears for that.”

Willett said, “He hasn’t even become governor yet, and so yeah, it’s easy in the early days to say, ‘Yeah, okay, I’ll go through the motions and reach out,’ but I know he’s talked to a number of my colleagues who are Democrats, and really made the effort to listen, and I completely respect that.”