RICHMOND, Virginia – Senate Republicans won a minor showdown on Thursday by forcing several House bills to a full committee hearing although the Democrat-controlled Senate Education and Health Committee had removed the bills from its docket. Among the bills was Delegate Nick Freitas’ (R-Culpeper) bill requiring health providers to work to preserve the life of an infant born alive after an abortion attempt. 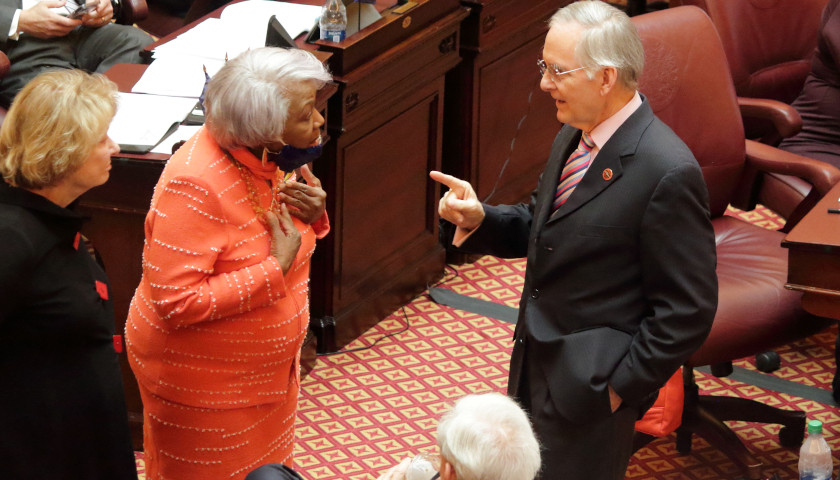 Senate Minority Leader Thomas Norment (R-James City) protested with a series of questions aimed at Senate Majority Leader Richard Saslaw (D-Fairfax). After Norment’s questions to Saslaw, the Senate went into recess while the legislators worked out a deal. Norment, Education Committee Chair Louise Lucas (D-Portsmouth), and Saslaw were seen speaking to each other and gesticulating during the recess.

After the recess, Saslaw announced that after the Senate adjourned, there would be a meeting at Lucas’ (D-Portsmouth) and that the bills would be reported.

Before the impromptu committee meeting started, Senator Scott Surovell (D-Fairfax) passed Freitas, who was waiting in the Senate chamber entrance. Surovell hinted that he had supported Freitas in discussions.

In the meeting at Lucas’ desk, the senators voted to report the bills to the Rules Committee. Although the bills got a reprieve on Thursday, they are expected to be killed in a Friday Rules Committee meeting; that committee has 13 Democrats and four Republicans. 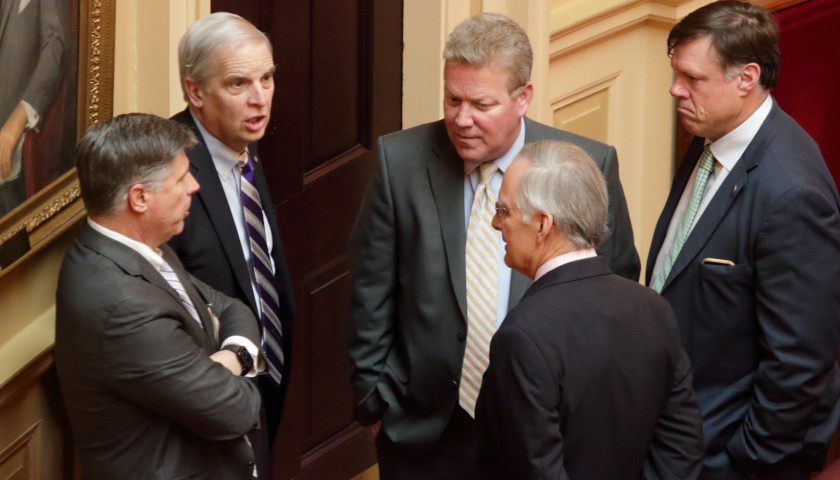 Senate Democrats have taken pride in their “brick wall” against Republican reversals on key policy questions. In her role as committee chair, Lucas has overseen the death of many Republican bills on both health and education policy, but killing bills by not docketing them violates Senate norms.

The Virginia Star asked Norment what he said during discussions to convince Senate Democrats to docket the bills.

“I’m not getting into that, because I would say something intemperate,” he said.

“In the Senate, we function by custom, usage, and tradition. That’s the guideline, the baseline that we use. And what they tried to do is unprecedented in my 31 years,” Norment said.