The Tennessee Motorcycles and Music Revival (TMMR) is a unique, four-day event held in central Tennessee that’s all about motorcycles, music, comradery, and the outdoors. It will be held at the majestic 3,500-acre Loretta Lynn’s ranch and campground just an hour west of Nashville on held May 19 – 22 and will be the first big event to take place at Loretta Lynn’s ranch since the catastrophic floods from last August. TMMR is presented by Harley-Davidson® and produced in partnership by the Loretta Lynn family and R&R Promotions, a specialty agency with decades of motorcycle event promotions and deep ties in the national motorcycle family.

For music lovers, it’s paradise staying on the Queen of Country’s ranch, enjoying headliners (Billy F Gibbons of ZZ Top is this year’s returning headliner), with singer-songwriters and emerging artists playing late into the night. Here is the full lineup. 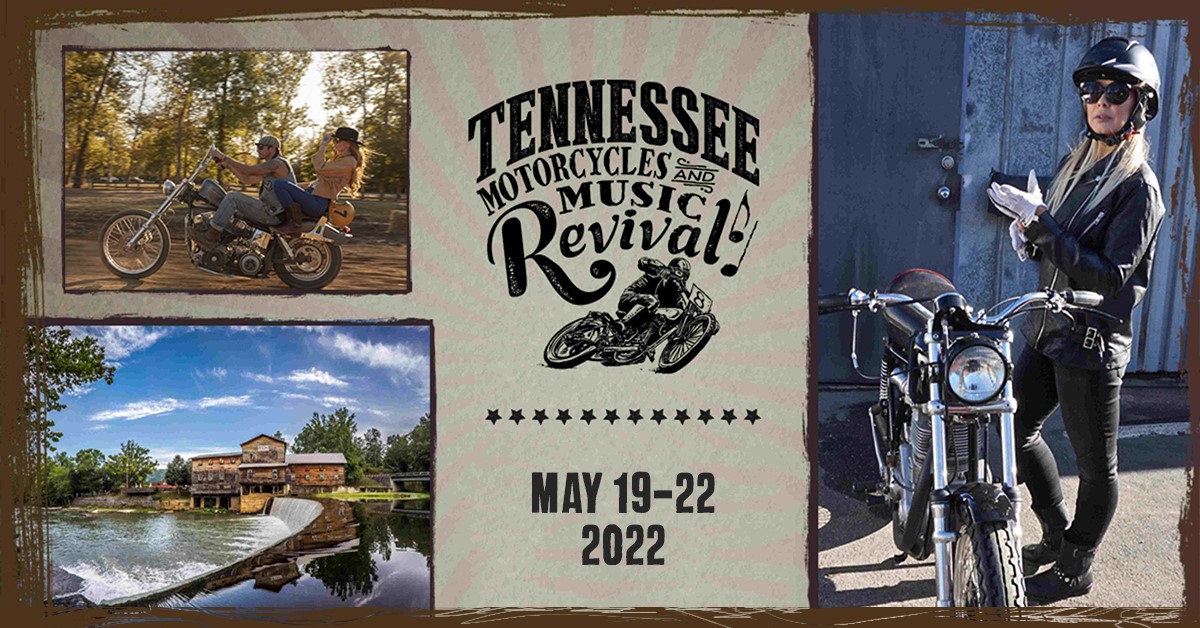 With more than 6,000 expected to attend from all over the country, TMMR will help replenish the county’s struggling economy and strengthen the heartbeat of this heartbroken community.

As locals will recall, between midnight and 10:00 am CDT on Saturday, August 21, 2021, very heavy rainfall resulted in widespread flash flooding across western Middle Tennessee, including the towns of Waverly and Hurricane Mills of Humphreys County.

The floods resulted in 20 deaths, including that of Loretta’s beloved foreman of over 30 years, Wayne Spears, who died trying to save equipment on their ranch.

Others that didn’t make it included three loving grandmothers, a teen girl who was one week into her freshman year of high school, a teenage boy who identified strongly with Moses, strong middle-aged dads, husbands, and grandfathers, a 23-month-old baby boy that was ripped from his mama’s arms, a 22-year-old young woman described as a “ball of joy,” a seven-year-old little girl who loved to fish, and seven-month-old twins whose mom said “they always had to be touching somehow.”

The only grocery store, along with elementary schools, was completely underwater. Thankfully the flooding didn’t occur during the school week.

The ranch itself had well over a million dollars in losses, however, Loretta said not to worry about the ranch, but “help everyone else.”

Loretta has dealt w these tragedies before as her eldest son Jack drowned in 1984 trying to cross the Duck River that runs through the ranch property.

Humphreys County Sherriff, Chris Davis, stayed knee-deep in muddy water for weeks afterward; he continues to stand at the forefront and is committed to rebuilding the town. His grandmother’s house was a total loss and his best friend also died in the flood.

“I am just so happy I get to see all my friends back at the ranch!” shared Lynn, who has hosted the AMA Amateur National Motocross Championship at her ranch for 40 years. “Y’all come join us!”

Guests will have the opportunity to tour the museums and shops in the ranch’s Western Town; cabins and an RV park are also available. Loretta Lynn’s ranch is located at 8000 Highway 13 South in Hurricane Mills, TN 37078. See the TMMR website for more information, motorcyclesandmusic.com.

TMMR is proud to have the support of the Tennessee Department of Tourist Development.