HERNDON, Virginia – Republican Party of Virginia (RPV) faithful are gathered at a Hilton outside Washington, D.C. to build on the momentum of their 2021 wins and help their 2022 congressional candidates. Lieutenant Governor Winsome Earle-Sears kicked off the Advance on Friday at a reception held by the Virginia Federation of Republican Women.

I want to thank @GovernorVA for his text message this week, congratulating me on my excellent speech on Black History Month.

I appreciate the effort, but that speech was actually given by @SenatorLocke.

Study the photos and you will get this soon! pic.twitter.com/kxIGzxFsuT 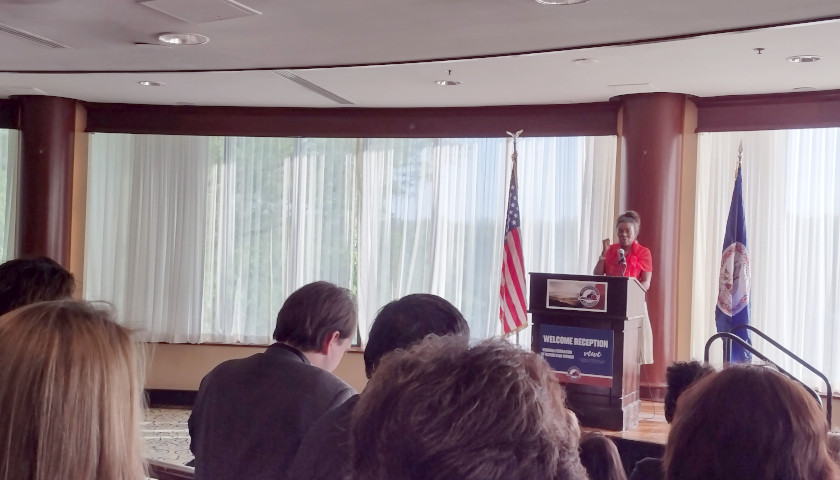 “And then a curious thing happened: I started mixing her up with Mamie,” Earle-Sears said to laughter. “I would call, ‘The Senator from Hampton, Senator Lucas.’ They got mad.”

Earle-Sears continued, “And then another curious thing happened: I started mixing up Senator Saslaw with [Senator] Janet Howell. And then finally, he got upset, and then he said, ‘Me Saslaw, she Howell!'”

The lieutenant governor honored the candidates who ran in 2021 and highlighted their labor.

Earle-Sears ended with a warning about education.

Don’t Call It a Retreat

Attendance at the RPV Advance ranges from local RPV volunteers up to congressmen, and attendees have the opportunity to network, participate in a 5k run, participate in breakout sessions, and attend a Saturday luncheon with Governor Glenn Youngkin.

“The Republican Advance is one of those places where we as conservatives and Republicans can come together and talk about what we’ve done in the past, and how we can move forward in the future,” said Derrick Anderson, a candidate for the GOP nomination for the seventh congressional district.

He told The Virginia Star how the event helps him as a candidate.

He said, “You talk to a lot of these people throughout the year, and throughout the campaigns, and this is a great opportunity to put a face to the name.”

Political consultant Shayne Snavely is preparing to launch a conservative PAC in Virginia, and he needs to identify potential candidates to support and donors.

He said, “My thing is just hanging out, making connections, seeing friends. To me, this is more like a social event. It’s mainly the who’s who of the Republican Party of Virginia, and just having a good time.” 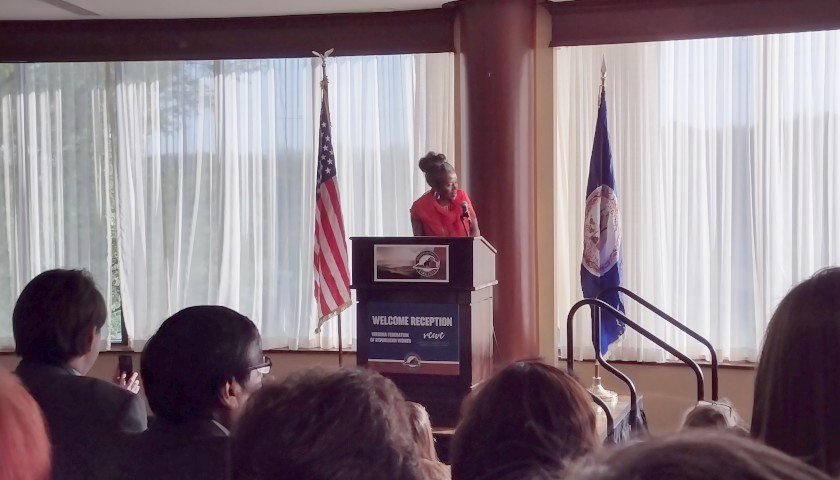 Delegate Wren Williams (R-Patrick) attended the 2019 RPV Advance, before he was a delegate.

“It was not super well attended. You know, I was new at that point. So anyways, this one’s much more exciting,” he said.

But he said, “I sat down with [Congressmen] Ben Cline and Morgan Griffith at the same table.”

“So that’s what’s nice about this. You’re elbows-to elbows with important political and governmental officials,” he said.

Williams said for General Assembly members, close relationships with their federal counterparts is helpful to coordinate funding opportunities and constituent services; his region is represented by Griffith.

2020 candidate for Senate Daniel Gade, now the Commissioner of the Virginia Department of Veterans Services, told The Star, “I’m just glad to be here to see old friends, and to, you know, be part of the group that is figuring out what is the direction of the Republican Party.”

Gade summarized, “What do we stand for? What direction are we going? What kind of legislation do we need to do to help Virginia to be the place that the most Virginians can live, work, and thrive?”
– – –

Eric Burk is a reporter at The Virginia Star and The Star News Network. Email tips to [email protected]