Long before I ever started writing my Music Spotlight column, I remember seeing and sharing a fascinating video about two real contractors who sang on the job. I recall hearing an extraordinary version of “How Great Thou Art” and sharing it on Facebook back in 2015.

Indiana natives Josh Arnett and Aaron Gray make up The Singing Contractors. If you haven’t yet heard the viral video, their version of “How Great Thou Art” will stop you in your tracks. Being raised in a musical, Christian family, I have heard hundreds of versions of “How Great Thou Art,” but I don’t know if any match the vocal prowess of these two contractors and their pal, Pastor Paul. 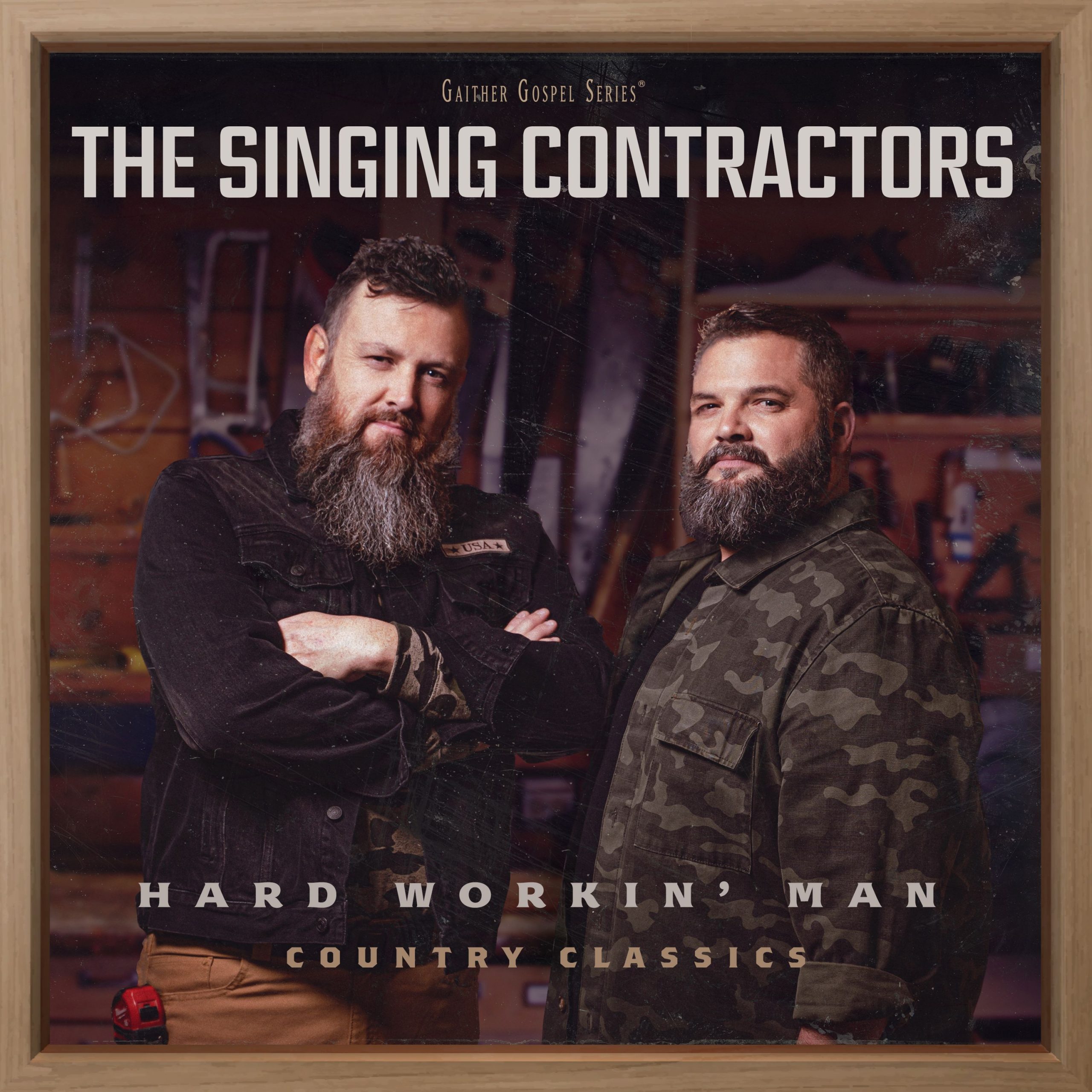 When their publicist asked me if I was interested in featuring The Singing Contractors and their new record/CD/DVD Hard Workin’ Man, the answer was a resounding YES.

Both Arnett and Gray come from strong musical families. Gray grew up singing in churches with his family. Later on, they started doing family concerts.

States Gray, “I loved music all my life. I played drums and sang tenor.”

Arnett wasn’t as enamored with singing until he became a teenager but later joined a choir when the Bible school he attended didn’t have organized sports.

They met at a church camp in Anderson, Indiana. They were passing acquaintances until Gray’s wife, who was friends with Arnett and his girlfriend, all started hanging out together.

Arnett recalls, “We knew each other could sing, so any time we would get together, we would crank up a tune just for fun.”

And while the pair (who sound like siblings singing) each enjoyed vocalizing and had fun performing, it never entered their minds to do music for any reason except as a hobby. They supported their families by becoming contractors and would duet as a way to pass time.

“When we started singing on the jobs together, in garages, basements, or wherever, sometimes we would hear a ‘ring’ that normally only happens with family harmony,” Gray recounts.

They continued working and singing until one day in 2015, someone recorded them singing and within 24 hours, the pair had nearly a million views. The fans dubbed them “The Singing Contractors” and the name stuck.

In 2016, fans requested the song “Mary, Did You Know?” The pair knew of the song, but not all the lyrics, so they Googled the words and blew up the internet yet again.

Their highly anticipated national debut project, Working on a Building: Hymns and Gospel Classics, was released on February 1, 2019, by the Gaither Music Group. They were also featured on Fox and Friends.

The pair lent their amazing harmony to make a Christmas album for the Gaither Music Group as well.

Now, after having survived the pandemic, these two hard-working builders teamed up with veteran producer Michael Sykes to create Hard Workin’ Man, which features a remake of Brooks and Dunn’s Top 5 1993 single as its title track.

They have loved the song “Hard Workin’ Man” since the nineties.

“It was a fun song and, with what we do, we knew it was a song we had to cut. We love singing it. People love it and relate to it,” quips Gray.

The gospel enthusiasts will love their cover of “He Touched Me,” sung alongside gospel mainstay Bill Gaither and Woody Wright.

The other eight songs on the record also showcase the harmonies that have garnered national TV appearances and avid fans. These singing sensations put their unique twist on country music classics such as “Back Home Again,” “Forever and Ever Amen,” and Hank Williams’ treasured “I Saw the Light,” to name a few.

“That’s probably one of our favorites on the record. That song is a really good testimony of a life-changing experience. It’s fun to sing to the crowd,” they assert.

In addition to their huge gospel fan base, the contractors hope to entice some country music lovers to give a listen to their music as well.

“We put a lot of work into it and it is our best yet. We are singing our style of music and what we want to sing. The album portrays that too,” they confirm.

But in the meantime, the duo will keep building and singing

“If you can’t have fun working, your day’s going to be really long,” Arnett surmises.

While they continue working in their dual careers, they aren’t opposed to touring with Gaither Band if the opportunity arises.

I am thrilled to know that the famed Singing Contractors are still singing and better than ever. Their Hard Workin’ Man album is not to be missed.