NASHVILLE, Tennessee – Known among country fans and fellow artists as the “singer’s singer,” Gene Watson is celebrating 60 years in the music business – and shows no signs of slowing down.

Watson has more than 75 charted titles, 23 Top 10 hits, six Number 1 country singles, and five Number 1 gospel hits. I asked the Opry legend why, at age 78, he felt the need to make another record.

He told me, “I think I need to do a little more every time I go into the studio. I’m not through. People ask me all the time if I ever think about retiring and really, I don’t that much. Maybe if I’m not able to satisfy myself vocally, I will. If I can sing to my satisfaction and my fans’ satisfaction, I’m going to keep looking for that needle in a haystack.”

He continued, “Every time I leave the stage, some people may say ‘I didn’t care for him.’ But they will never say that I didn’t give it all I had. Every time I sing “Love in the Hot Afternoon” I try to do it a little bit better every time. That’s what keeps me going vocally.“ 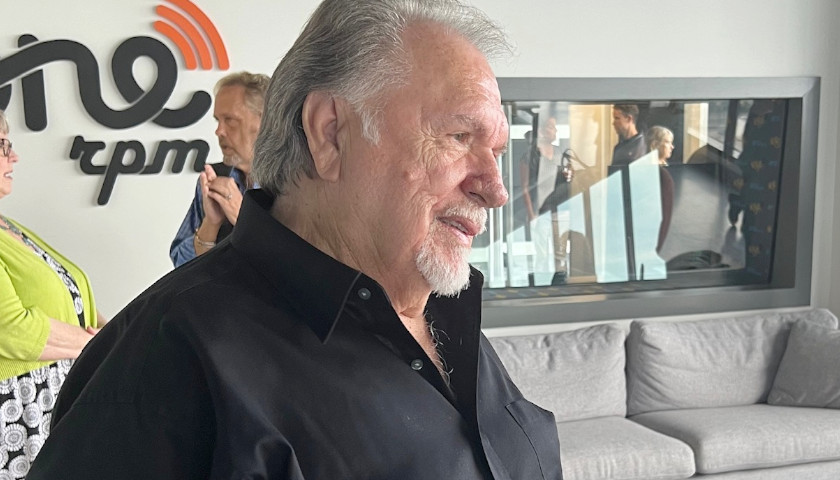 One thing on which we agreed was how blues and country music go hand in hand, which is so evident on Watson’s album, Outside the Box.

He advised, “Ever since I started, I had sort of a blues slur in my phrasing anyway. All I did was express it in the songs a little more. I put more of a blues spin on it while keeping it country. I could sing (the American Songbook standard) “Stardust” and it would come out country.”

Many may not be aware that Gene Watson’s dad was a blues singer, and he grew up listening to blues all his life. Blues and traditional country music were just a way of life for Watson and his family.

Watson collaborated with producer Dirk Johnson to create Outside the Box in a little bit different lane. He has taken tunes from other famous singer/songwriters and translated them into a “Gene Watson” format.

One of the songs that Watson is most proud of is his duet with Willie Nelson. The two, who have been friends for many years, always meant to record a song together but never got around to doing it until now. Finally, they made it happen with one of Willie’s older songs, “Wonderful Future.”

Between participation from Nelson’s audio engineer and Watson’s producer, Johnson, they were able to create a masterpiece that Opry star is “extremely proud of.”

Another gem on the record is Watson’s cover of Etta James’ tune “If I Had Any Pride Left at All.” Regarding this song, Watson said, “I told Dirk, ‘If I can pull this off, it would tickle me to death. I love it. But if I can’t, I’ll throw it out because I’m not willing to sacrifice the song.’”

After listening to the songs side by side, I can assure you that Etta James would have been a big hit at the Opry, and Watson’s rendition gives the song the respect it deserves.

One of my favorite songwriters in Nashville, Erin Enderlin, has three cuts on this album. The songs – “They Played It,” “The Blues Are Alive and Well,” and the steel-guitar-drenched “I’ve Got One of Those Too” (featuring Rhonda Vincent)  – are included on this record.

Though still quite young, Enderlin clings to her country roots and stays close to the traditional sound. States Watson, “I think Nashville has needed her for a long time. So many writers write superficial, metallic things. Erin is the closest thing to writing substance again; stuff that you can feel, that you can live, that you have lived, things that have happened to you. She tells a story. You can listen to it. You can dance to it. You can drink to it. Most of all, you enjoy it.”

Watson covers Jimmy C. Newman’s “I’ll Keep Holding Your Memory” with his own twist on it. It is the kind of song that made the Opry famous in the beginning. The song will take all of us down memory lane too.

The song “They Played It” pays tribute to some of the great musicians in Nashville who most people have never heard of and who often go uncredited on albums. Musicians like Hargus “Pig” Robbins, Pete Drake, Bob Moore, and Buddy Harman are just a few to whom Watson tips his hat.  With lyrics like Didn’t always make the credit/ their names weren’t up in lights/ piano music glowed/ they made magic in the studios/ every country song you know/ they played it, you will recognize their original familiar sounds that many have since strived to emulate on this record.

The final song on this country-blues album is a fitting cover of young Merle Haggard’s “Loneliness Is Eating Me Alive.”

Watson confirms, “I’ve always idolized this guy’s (Merle Haggard) singing. This song was way back there and a lot of people may not have heard it from Merle, but I used to sing it years ago.”

Watson states emphatically, “Any time you get to a point where you are trying to pick material, you can always go back to something sad and come out with a good song.”

All I can say is I never felt so good listening to such sad songs. Go buy/stream/download Gene Watson’s Outside the Box today!

Check here to see where Gene Watson will be on tour.

OUTSIDE THE BOX TRACKLIST:
1. If I Had Any Pride Left at All
2. If She Only Knew
3. Wonderful Future, Featuring Willie Nelson
4. Lie to Me
5. Some Fools
6. I’ll Keep Holding Your Memory
7. I’ve Got One of Those Too, Featuring Rhonda Vincent
8. They Played It
9. The Blues Are Alive and Well
10. Who Do You Think You Are
11. It Looked Good on Paper
12. Loneliness Is Eating Me Alive