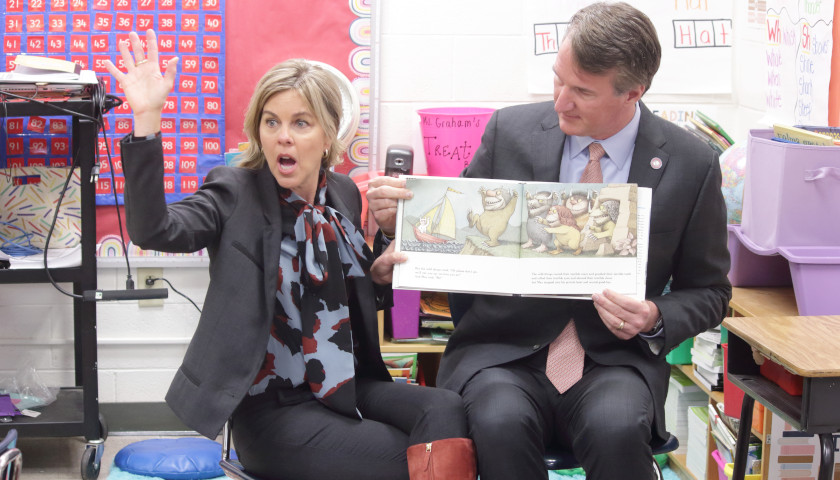 “We know that K through third graders, if they’re behind in reading, it’s really hard to catch back up,” Youngkin said at a Thursday press conference at George W. Carver Elementary School. “And that’s why we’re working to extend the Virginia Literacy Act support into fourth and fifth grade. It’s such an important effort for us. And the great thing is this is all being done on a bipartisan basis.”

Delegate Carrie Coyner (R-Chesterfield) and State Senator Louise Lucas (D-Portsmouth) have introduced similar bills to expand the program’s scope up to eighth grade. A House education subcommittee recommended advancing HB 1526 on Wednesday, and SB 1175 advanced out of its first committee on Thursday.

State Senator Ghazala Hashmi (D-Chesterfield) later told The Virginia Star, “I think it’s a great next step. We established the Literacy Act last year and now we’re going to be able to take it to older students, because we know that there’s a continued need for students to be able to access the resources to gain reading proficiency and be able to then continue on and succeed academically.”

“I think this question of literacy was in play in Virginia well before the Governor became the Governor. It’s been an ongoing research and scholarly project in various Virginia colleges and universities. And so Virginia is really part of that larger, broader academic discussion, and I think we’re moving in the right direction long before the Governor did,” she said.

Eric Burk is a reporter at The Virginia Star and The Star News Network.  Email tips to [email protected].
Photos by Eric Burk.