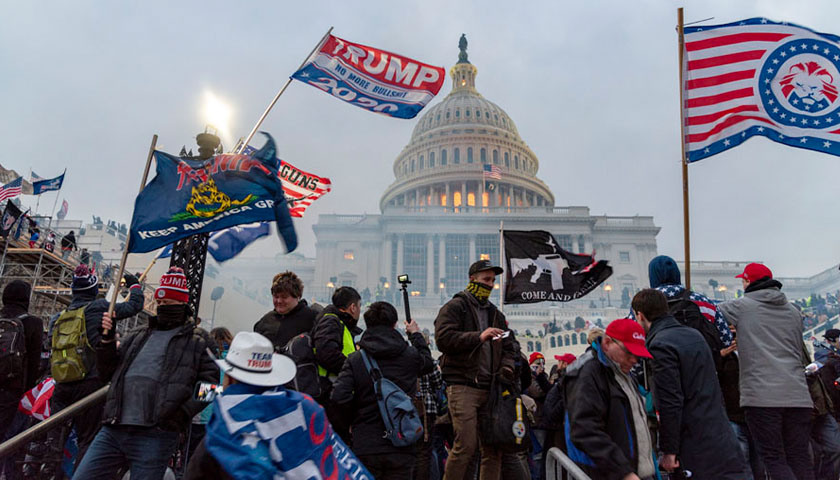 Last week the FBI raided the home of an Alaska couple who had attended former President Donald Trump’s Jan. 6 peaceful rally near the White House.

According to the Alaska Watchman:

Paul and Marilyn Hueper, owners of Homer Inn & Spa, woke with a start at 9 a.m. April 28 when a dozen armed FBI agents kicked down their front door in an investigation associated with Rep. Nancy Pelosi’s stolen laptop, which was taken during the Jan. 6 siege of the nation’s Capitol.

Homer resident Marilyn Heuper (left), posted this photo on Facebook to show the physical differences between her and the woman who FBI agents were looking for when they raided her home on April 28.