But Stone’s testimony also came with a warning.

“We are in the most dangerous time ever in America,” Stone told members of Global Vision Bible Church in Mt. Juliet.

“This is an epic struggle between dark and light, between good and evil, between the godly and the godless, and this is also a fight for the struggle of Western Civilization as we know it.” 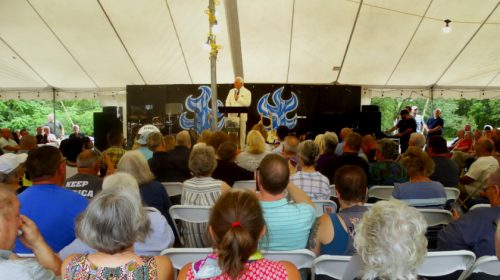 As reported, Trump last month commuted Stone’s prison sentence. Officials sentenced Stone to three years and four months on counts of lying to Congress, witness tampering and obstructing the House investigation into whether Trump’s campaign colluded with Russia in the 2016 election.

But Stone adamantly maintained his innocence and told churchgoers Sunday that law enforcement had no evidence to prove his alleged crimes.

Stone spoke of a private meeting he had with the Rev. Franklin Graham.

“I told him [Graham] that I was up against an implacable enemy with deep pockets and no morals and no rules,” Stone said.

“These were people who lied and people who cheated and were all powerful and arrogant and were bent on my destruction.”

Graham, as Stone went on to say, told him that Jesus Christ would protect him and deliver him from his persecutors.

Stone said that “no one had ever put it that way before.” 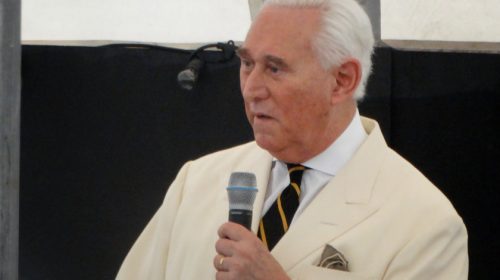 At a Graham revival, Stone said that he stood in a field with 400 other Christians and confessed his sins, pledged to do his best to sin no more, and to walk with God.

“From that moment, I felt like a cement block had been removed from my chest,” Stone said.

As The Tennessee Star reported last week, one or more people vandalized Global Vision Bible Church, possibly because Stone was scheduled to speak.

The animosity continued on Sunday, although to a lesser extent, Pastor Greg Locke said.

“Our sheriff’s department just sent us a text. It said, ‘You wouldn’t believe the number of calls that our office has already received this morning. We believe it’s nonsense.’ The callers said, ‘You need to send some officers and some SWAT and get on over to that tent and arrest those men. This is a federal crime on church property because they are having a campaign rally,’” Locke told the audience.

“Actually, no. We are having a Jesus rally up in this place.”

With that, hundreds of church members delivered a standing ovation.

Chris Butler is an investigative journalist at The Tennessee Star. Follow Chris on Facebook. Email tips to [email protected]