The Virginia Star is a member of the Star News Network family of digital newspapers.

We feature articles reporting news, politics, and policy at the state level, primarily from Virginia. We round out our daily coverage with national stories and thoughtful commentary of interest to our readers.

Fredericks is also the founder and owner of The John Fredericks Media Network, which ranks as the fourth largest independent conservative news/talk radio network in America covering the Mid-Atlantic region from Philadelphia to Atlanta.

The John Fredericks Morning Show, heard 6 AM to 10 AM daily, has become must-listen radio. President Trump has been a regular guest since 2015.

He and his wife Anne, the company’s CEO, own a number of radio stations in Virginia, Georgia, and Pennsylvania.

Michael Patrick Leahy is the CEO and Editor-in-chief of Star News Digital Media, which owns and operates a family of state focused conservative news sites, including The Tennessee Star, The Ohio Star, The Michigan Star, The Minnesota Sun, The Virginia Star, The Georgia Star News,  The Florida Capital Star, The Arizona Sun Times, and The Wisconsin Daily Star.

Christina Botteri is the CTO and Executive Editor of Star News Digital Media, and co-founder of the Star News Education Foundation. She is the designer and developer of the Star News brands, websites, and books; and has more than two decades of experience working in communications, media and public relations, and social media for technology startups. She was active as an early organizer of the Tea Party movement in 2009 and 2010.

The senior management team of Star News Digital Media are the majority shareholders of the company. 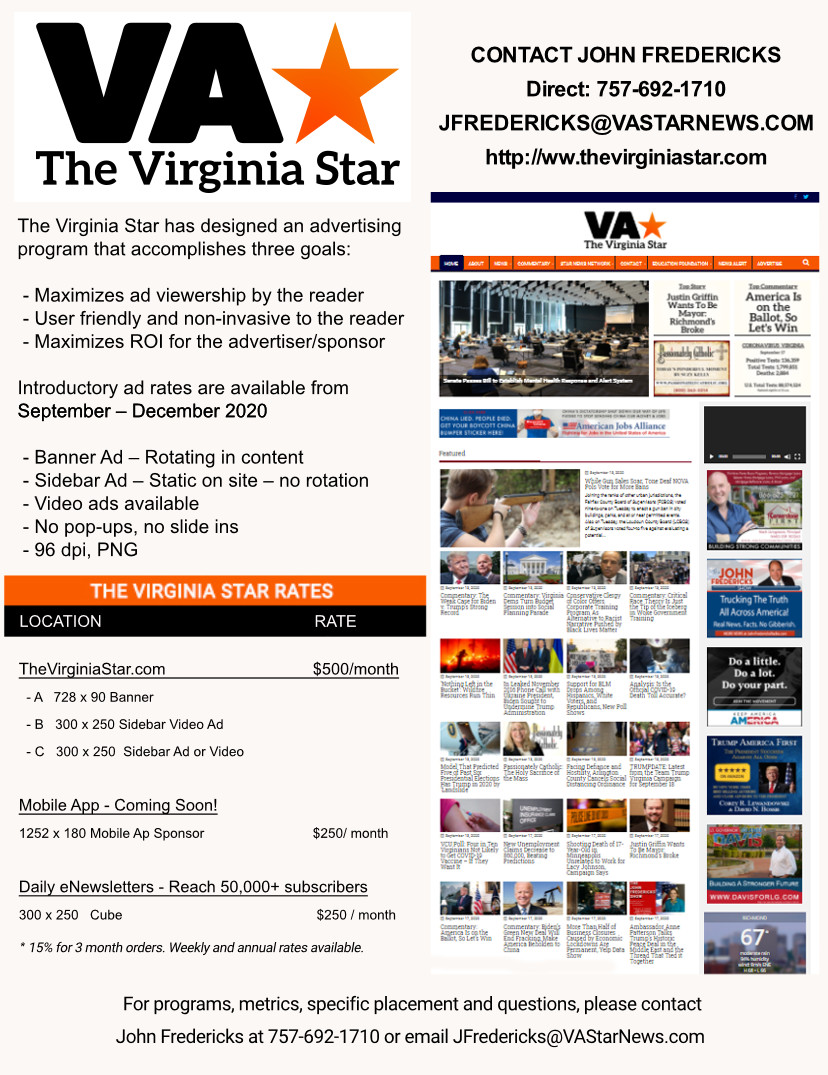 The Virginia Star is owned by John Fredericks and operated by
Star News Digital Media, Inc.