The Richmond Diocese of the Roman Catholic Church (RCC) is paying $6.3 million to 51 survivors of sexual abuse as minors. The announcement, made last Thursday, is the result of an Independent Reconciliation Program (IRP) called for by Bishop Barry Knestout after the diocese identified dozens of clergy linked to the diocese who face allegations of abuse.

In a letter announcing the results of the IRP, Knestout said the diocese is celebrating its bicentennial anniversary, and as part of the ‘jubilee year’ celebration, the diocese is focused on reconciliation and healing.

“With the celebration of a jubilee year comes another opportunity to work for justice — for acknowledgement of wrongs, reconciliation with those we have wronged, and attempts to repair the hurt we have caused,” Knestout wrote. “Those three facets — confession, reconciliation and repair — are at the foundation of the Catholic Church’s sacrament of reconciliation which was the model for our entering into the Independent Reconciliation Program.”

Passionately Catholic author Suzy Kelly told The Virginia Star that although abuse allegations have caused membership declines in some parishes, the way forward for the RCC is a focus on core doctrine.

“The parishes that are growing are those that conform to the traditional teachings of the church,” Kelly said. “You can go to a traditional Latin mass and you see young families there with large families and lots of children, and they’re kind of gravitating to the truth, because people want the truth. When people find a parish where the priest adheres to the sound doctrine of the truth, you will find those parishes growing.”

“The leaders in the church are human beings, and human beings make mistakes and when priests or bishops err, they’re on a different level, we expect more of them, so it can be very disheartening.” Kelly added, “But we can’t let that get in the way of our faith. Our faith in Jesus Christ is what matters and there are plenty of good priests and shepherds of the church that always keep their eyes on Jesus and His church, and that is what we have to focus on.”

“Typically, the media wants to dwell on the problems in the church, and there are many, don’t get me wrong,” Kelly said. “But there are also areas of the church where the perennial teaching is thriving and I think those are the areas that people have to know that Jesus Christ founded our church, and He’s not going to let it fail.” 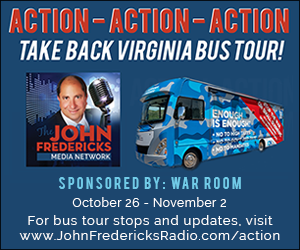