The Lone Star State’s top legal advisor alleges that the four states broke federal election laws by ignoring the role of the legislature in each state to choose electors and make election laws.

The Ohio Star contacted Ohio Attorney General Dave Yost to find out if Ohio will join.

Bethany McCorkle, spokesperson for Yost, responded, “We are doing a deep dive into the legal theories and factual allegations in Texas and will make a decision once that is completed.”

The U.S. Supreme Court called for a response from the four states by Thursday.  The Electoral College will meet on December 14 to cast their votes.

The Texas AG alleges the states used the COVID pandemic as an excuse for breaking federal and state election laws by making last-minute changes to voting processes that skewed the results of the 2020 general election.

Paxton, a Republican, said in a released statement:

Trust in the integrity of our election processes is sacrosanct and binds our citizenry and the States in this Union together. Georgia, Michigan, Pennsylvania and Wisconsin destroyed that trust and compromised the security and integrity of the 2020 election.

The states violated statutes enacted by their duly elected legislatures, thereby violating the Constitution. By ignoring both state and federal law, these states have not only tainted the integrity of their own citizens’ vote, but of Texas and every other state that held lawful elections. Their failure to abide by the rule of law casts a dark shadow of doubt over the outcome of the entire election. We now ask that the Supreme Court step in to correct this egregious error.

Paxton’s statement claims that for a presidential election each state must appoint its electors to the Electoral College in a manner that complies with the Constitution – which is a function of each state legislature.

As The Star reported, Pennsylvania skirted the legislature, which had updated the state’s election law in 2019, when the state supreme court made changes to mail-in rules just weeks before the 2020 Presidential General Election.

In a letter obtained by The Star, Ohio State Representative Diane Grendel (R-Chesterland) – who served as a judge on the Ohio Eleventh District Court of Appeals, urges Yost to expedite due diligence required to verify the legitimacy of the Texas lawsuit and “join Texas in their bid for election transparency.” 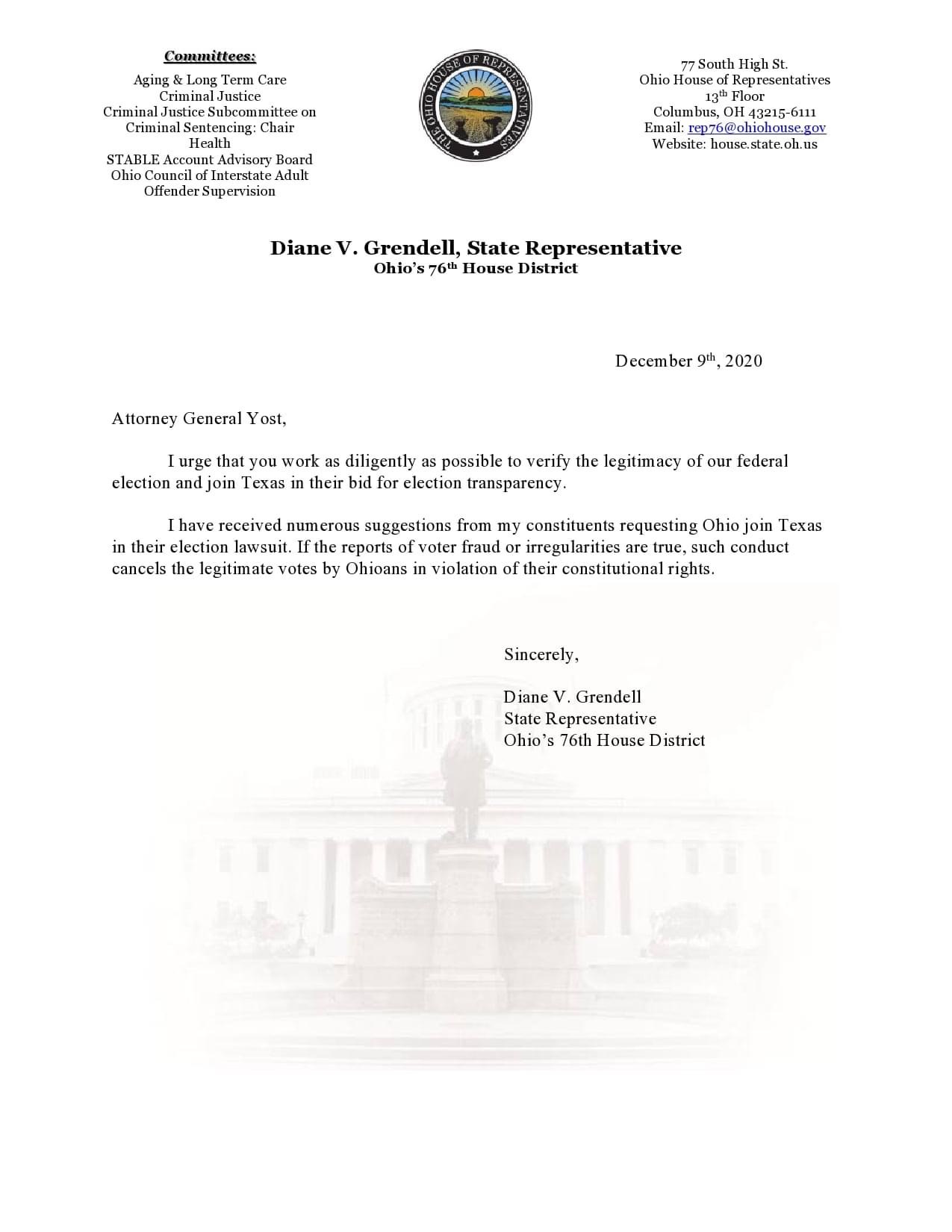