NASHVILLE, Tennessee I first interviewed Mia Morris not because she was the Cajon player for my favored Song Suffragettes but because of the viral Youtube videos that became popular before she was even a teenager. It goes without saying that she is a prodigy drummer (read this article from Metal Heads Forever that explains it) but now she is a multi-instrumentalist who writes all her own songs, sings them, plays all the parts for her music videos while also being the producer. Not only that, she has toured with Big Machine’s Calista Clark (including a stint on Ryan and Kelly), played the Opry with Kalie Shorr, and written and performed a duet with a sensational teen vocalist, Bailey James. She also was scheduled to accompany the punk rock band GRLwood at Bonnaroo, but due to flooding, the event got canceled.

With her name popping up so frequently, I wanted to catch up with the junior in high school. Unlike many teen artists, Morris still attends high school in person though she admits that she misses quite a bit. Still, like anyone else who is pursuing a music career, long hours of practicing (either backing up others or practicing her own songs) is a part of her daily life.

“There’s no way I could do this without practicing. Honestly, all the confidence for me comes from being prepared. If I’m not prepared, it drives me insane. When I get up on stage and I know what I’m doing, it’s the whole next level of fun. It’s so rewarding. I do practice my butt off, but it’s worth it.”

When writing songs for herself, she has a grunge-rock kind of vibe whose songs display a lot of anger. This attitude is quite different from the friendly, easy-going artist that I know. 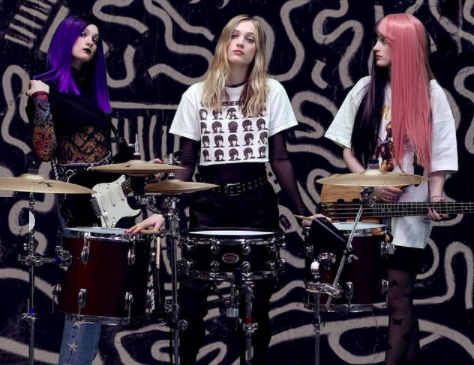 The rocker explains, “When COVID hit, I couldn’t play out like I was used to doing. I had so much free time.” The talented session’s player Smith Curry got her connected to other impressive songwriters.

“He set me up with three to four co-writes a week. He got to see a huge side of my growth in writing because we would write so often together.” Curry too, had extra free time and also wrote more songs than usual. He also wondered where the anger came from.

Morris explains, “We came to the conclusion that songwriting is my way of getting all of my inner anger out to where I can be a happy human all the time because all my anger is put into my music.”

She handles daily situations as calmly as possible but then takes a page from the Taylor Swift playbook and if she’s mad at something, she just “freaking writes a song about it.”

A lot of her lyrics are based on a conglomeration of feelings and incidents that make an idea for a song.

“I’m making up a story that explains the emotion that I want somebody to feel as they are listening to the song,” she expounds.

One single that garnered a lot of attention is “Stacy’s Song” which is a sequel to the famed Fountain of Wayne’s “Stacy’s Mom” that filled teenagers’ cars with unabridged pop-punk energy eighteen years ago. For those who have wondered what happened to Stacy after the incident with her mother, Morris answers the question with her original masterpiece.

My personal favorite Mia Morris song (to date) is “Last Dance.” The teenager in me wants to stand up and shout it on rooftops to all the loser boyfriends I had, while the grandma me is just ultra-impressed that someone so young can capture emotion so pointedly.

Her latest single, Melodramatic, has been recently played on Nashville’s Lightning 100 and has been added to several Spotify playlists which is quite impressive for an independent artist. With fierce lyrics accompanied by a range of instruments all played by Morris, “Melodramatic” is an alluring alternative-rock, angsty, anthem.

Nevertheless, the singer/songwriter realizes she is a teenager and still likes to do normal teenage things and hang out with friends. Some weekends she is so busy touring with others, but has recently realized how important it is to do “normal teenager stuff.” 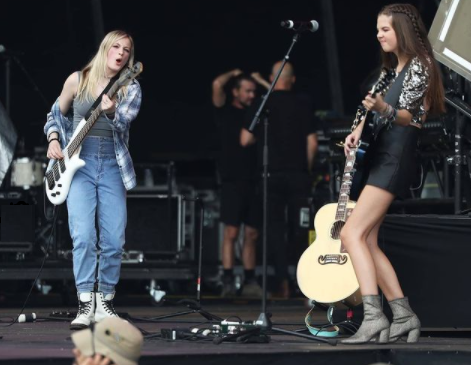 When it comes to her personal life, she states, “The last thing that I want is to graduate high school with the mentality of ‘I can’t wait to graduate high school’ and look back and think ‘I really should have taken advantage of the time to just be a kid and enjoy being with friends and people that I love before we are sent into the world and have to be adults. I have made a point to know that when I have worked my butt off, that it is OK to go hang out with my friends. Recently I have learned to live in the present moment. You can’t make more time but you can make the time that you have the best that it can be.”

Upon graduation, the rocker would like to front her band and go on tour but would prefer to live in Nashville if at all possible. If she found it necessary, she would reluctantly move but for now, she states, “I love Nashville. It’s my home.”

Quoting Keith Clements, he states, “Mia Morris is a student of the art. She doesn’t mind being the supporting part of someone else’s vision, because her own is so very advanced, but make no mistake, this talented young performer is a visionary.”

I am privileged to have met Mia at a relatively young age. I have never met a more talented artist. I do not doubt that she will be an even bigger success than she already is. I want nothing more from her than I do from all the young artists I interview, front row seats when they play Bridgestone.