RICHMOND, Virginia – Governor Glenn Youngkin continued his call for tax cuts, changes to education policy, and increased funding for law enforcement as part of his Wednesday State of the Commonwealth address; he described his first term as a reversal after his Democratic predecessors, and called on legislators to “press the accelerator.”

“I am here this afternoon to communicate that the state of our Commonwealth is substantially better than it was last year,” he said to applause. “We are still a great distance from our destination. A destination where Virginia truly is the best place to live, work, and raise a family. I’m here this afternoon to urge us to accelerate our efforts to get more done and to get it done faster.” 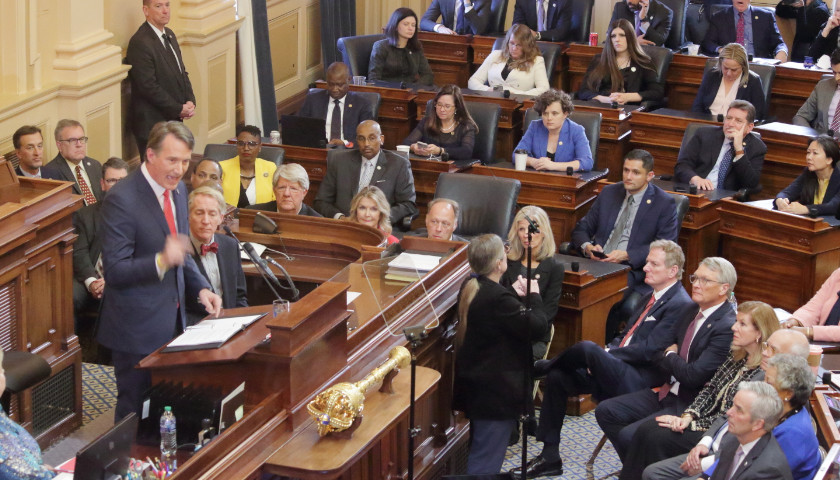 Youngkin called for legislators to pass business and income tax cuts, more funding for law enforcement, dual enrollment partnerships between high schools and community colleges, fifth-grade reading specialists, teacher bonuses, $230 million for his “Right Help, Right Now” program to solve problems in the behavioral health system, investment in developing nuclear energy, and accelerating the process to get nurses from classrooms to jobs. Youngkin had several invited guests present in the gallery to highlight the impact of some of those policies.

He echoed his call for a 15-week pain threshold abortion ban. He criticized Virginia law that ties the Commonwealth’s vehicle emissions policy to California regulations. He also highlighted programs to fund cleanup in the Chesapeake Bay and for emergency flood relief — items that are currently funded by the Regional Greenhouse Gas Initiative, which Youngkin called a carbon tax.

The governor expressed concern about China’s influence in Virginia, highlighting his recent order banning TikTok on state-owned devices. He called legislators to pass a bill banning tech companies from selling data from minors. He also asked legislators to pass a bill banning entities tied to the Communist Party of China from buying Virginia farmland.

“I hope throughout our time here, that as we reach moments of impasse, whether it’s on who should own Virginia farmland, how to protect the privacy of our children online, or whether Virginia law should be written in Virginia or California, we will find the courage and the confidence to choose common sense,” he said.

In a press gaggle after the speech, reporters asked Youngkin for more details on his concerns about China and electric vehicles. 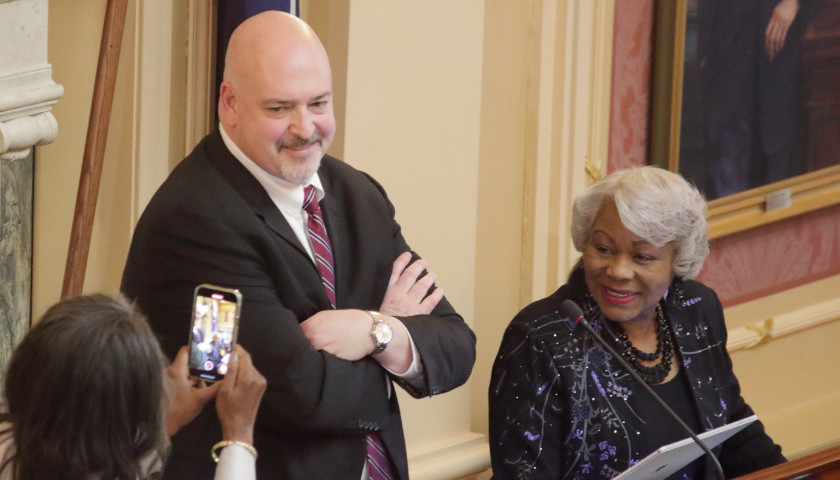 “The reality is that as the Biden administration has set this agenda, this maniacal focus on getting rid of all fossil fuel generation, replacing it with solar and wind, or replacing every car immediately with batteries — the reality is that the technology that in fact drives all of that is owned and dominated by the Chinese. And so while we recognize that we want to make progress on all of these fronts, we also have to recognize the national security implications of outsourcing all of our technology, heart and soul, to the Chinese,” he said.

Youngkin instead called for developing technology in the U.S.

In a Wednesday press release, House Republicans detailed their priorities for the session.

“A continuation of the work begun in 2022, House Republicans will focus on what voters told us matters most to them: Creating Better Schools and Safer Communities for Every Virginian,” the release states.

“Governor Youngkin’s speech tonight is a reminder why Virginians elected him and a House Republican majority. We’re here to make life better for all Virginians,” Speaker of the House Todd Gilbert (R-Shenandoah) said in a separate press release. “Virginians want a world class education for their children, one that will see them prepared for the job market of tomorrow. Virginians want safe communities where their families aren’t worried about violent crime.”

Gilbert added, “I look forward to continuing to work with the Governor to do just that: create better schools, safer communities, and a more prosperous future for all Virginians.”

House and Senate Democrats held a press conference Wednesday morning where they outlined their priorities, including defending against some of Youngkin’s education policy, addressing prescription drug costs, fighting against repeals of the minimum wage and collective bargaining, and Republican changes to election law.

Despite split partisan control of the General Assembly, Youngkin, House Republicans, and Senate Democrats will at least have to compromise on legislation to update Virginia’s biennial budget.

“I think there is common ground on increasing investments in mental health services and increasing funding for K-12 education,” State Senator Jennifer McClellan (D-Richmond), who is running for Congress, told The Virginia Star after Youngkin’s speech.

“I haven’t seen the details but I like what I heard about putting more funding for affordable housing. I think the devil will be in the details. If we’re going to fully fund our K-12 system, that’s at least a billion dollars more a year. You can’t do that if you are giving away a billion dollars in tax cuts for corporations and the wealthy that don’t need them. I think if you’re talking about making the Earned Income Tax Credit fully refundable, if you’re talking about a child tax credit, those will benefit people who need help a lot more than the tax cuts that he’s talking about,” she said.

“There’s no common ground on rolling back the progress that we’ve made on reproductive rights, or moving towards clean energy, or voting rights — there are a lot of bills that I’ve seen that Republicans put in to roll back our progress on that,” McClellan added.

“I think there’s going to be a bill to make it even easier for local companies to build wind turbines. And so, you know, that to me just was him testing talking points for his running for the Republican nomination for president,” she said.